Hey Guys!
Last week I went to the Natural History Museum and Pitt Rivers in Oxford. They aren’t my typical scene, but it was all in the name of art. My current art project is veering towards the theme of death and skeletons. It’s the only project where I get to choose the brief and I’ve ended up in the most un-RowBow territory I could possibly be in!
This is what I wore to the museum. It was quite quiet in the Natural History, because it’s basically closed down for repairs this year. But they did have all their bones and bits out. They must have known I was coming. Surprisingly the Pitt Rivers, which is full of shrunken heads and ACTUAL mummies in coffins, was fully of year 3/4 school children! I would have been way too creeped out to go then. I still had to hold on to Mum’s hand when walking past the Mummy, because that “ish” is creepy!
I was torn between this mustard yellow jacket, which I’ve worn quite a bit of late, or my pink version of it. Since the dress has a black background and the lining of this jacket is black I felt this combo worked best. To work with the colourful flowers, I accessorised with a colourful large bead necklace. it needed to be something fairly chunky in order to still be seen against the floral background. I did try separating the 2 bracelet I have, to one on each hand but it looked st rage. Like I was almost covered in jewellery. So I put them both on the same wrist. But that did mean that I could draw freely without bracelets holding me back! Black tights and dollie shoes, Standard! I also whipped out the pretty pink lippy.
Whose noticed my nails?! I’ve finally painted them since they are really long and pretty now. I did a deep plum base and added a hella lot of sparkles on top of that. Taking it off proved a little trickier than painting it on. The sparkle didn’t wanna go! So i think that best way to remover large sparkled nail polish it to apply lots, so it all sticks together then pick it off. It comes off easier in thick layers and it all joins together. But make sure you put a nail booster and base coat on  if you’re going to pick it off to try and protect your nails.
I’ve got good old shuffle on atmo. But I recently caved in an bought 2 tunes by Ben Pryer. He’s a new artist on AD Records which may be the workplace of a certain vlogger I watch. Basicals BEn was on it and his tracks were playing around in the background. They aren’t what you’d excpect from him, being a cool/awkward 16-20 year old (I have no idea how old), but they’re totally up my street.
Say hello to my new buddies little ape, big ape and crouchy ape. (A.K.A Timmy, Miranda and Tyla- He looked like he had some serious swag going on!) 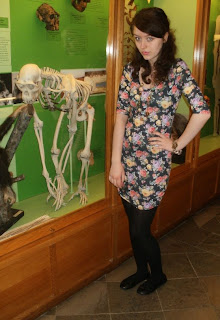 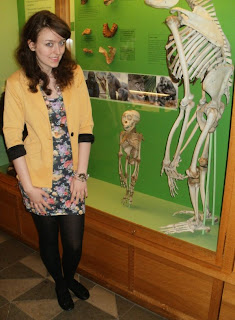