I was a little late catching up with the first episode of #GBBO, but that didn’t stop me fitting a quick bake in. I’m still chilling in my student pad with no cooking utensils… I don’t make it easy for myself! Want to catch up on last week’s Bake Off post? Find that here, which a little more info about #BloggersBakeAlong. But for now, lets get on with this weeks bake!

Out of the three bakes the brand new, shiny contestants made, I decided to make my own Black Forest Gateau cake. I’m not gonna lie, I have done a bit of a ‘Stu’ and taken on my own twist. I made little cupcakes instead of the real deal cake. I still put real cherries on though, so there’s none of his beetroot madness in sight! 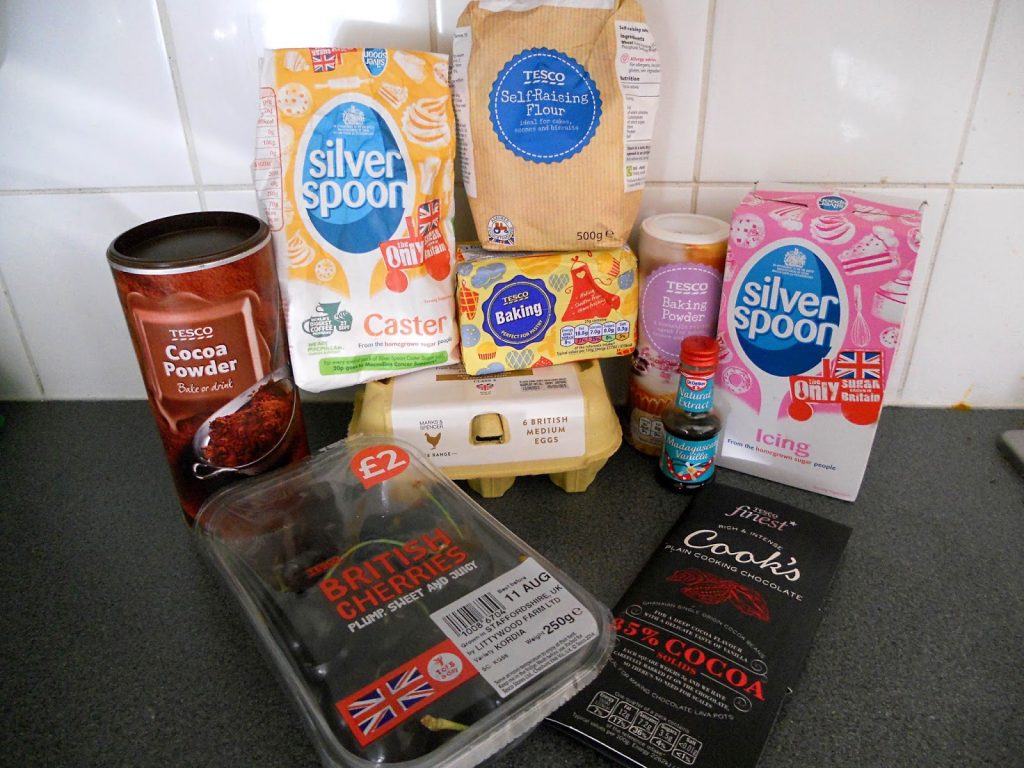 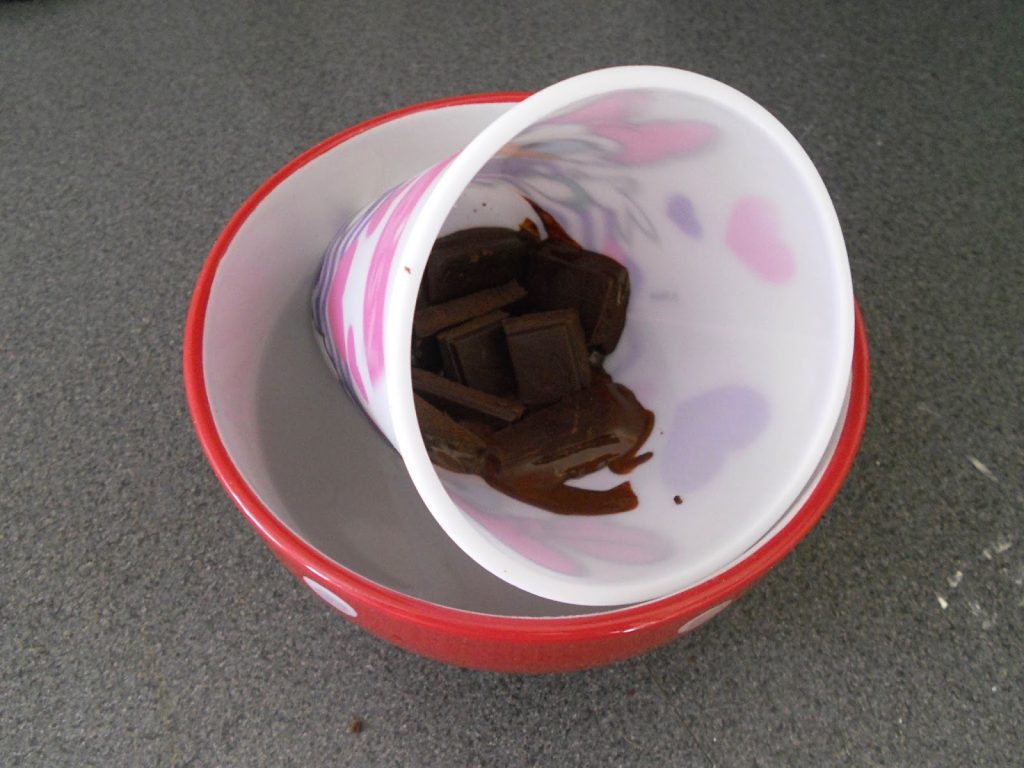 Then I creamed my 175g of butter and 175g of sugar. Obviously totally guesstimated since I don’t have any sort of scales in my uni crib! Then I folded in my roughly 175g Self raising flour, hopefully 1 tsp Baking Powder and near enough 60g coco powder. And finally poured in the melted chocolate. Yum! 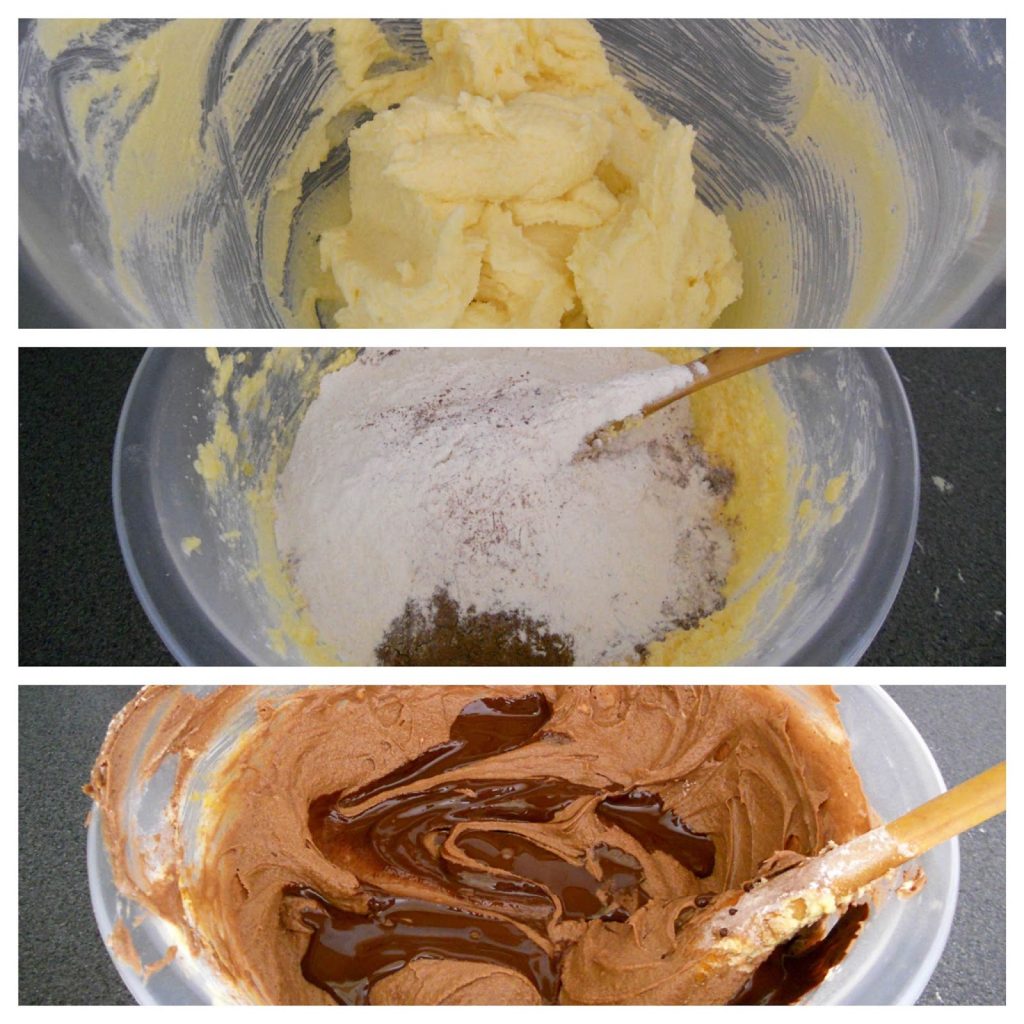 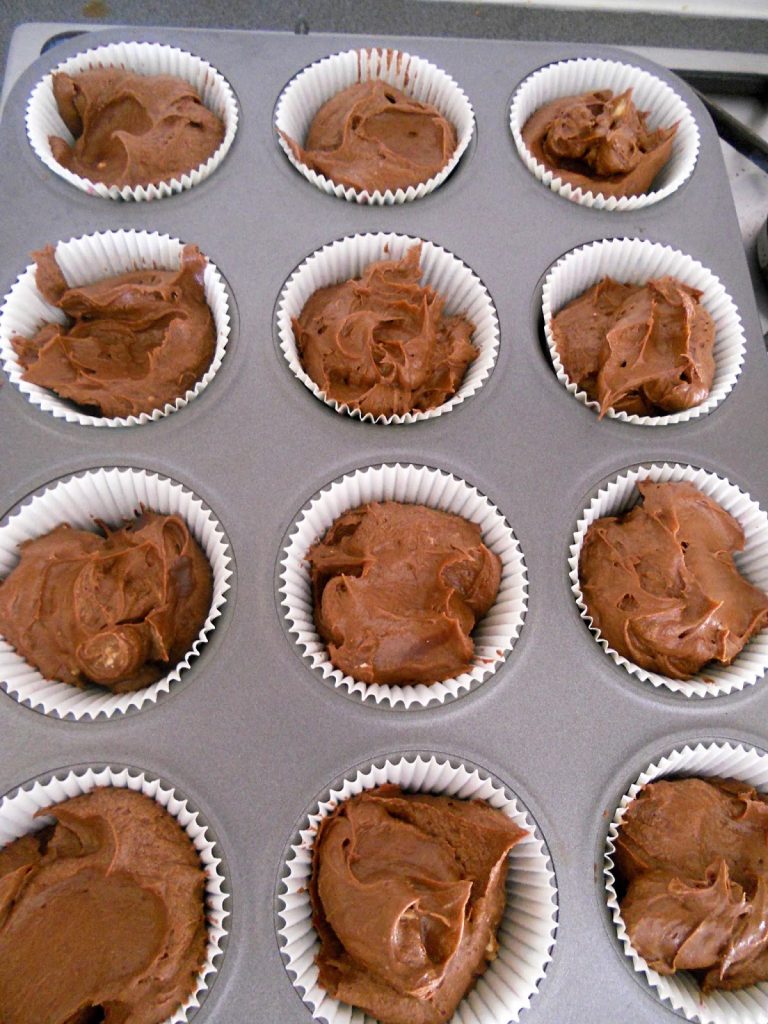 I baked them for about 20 minutes and then left them to cool. 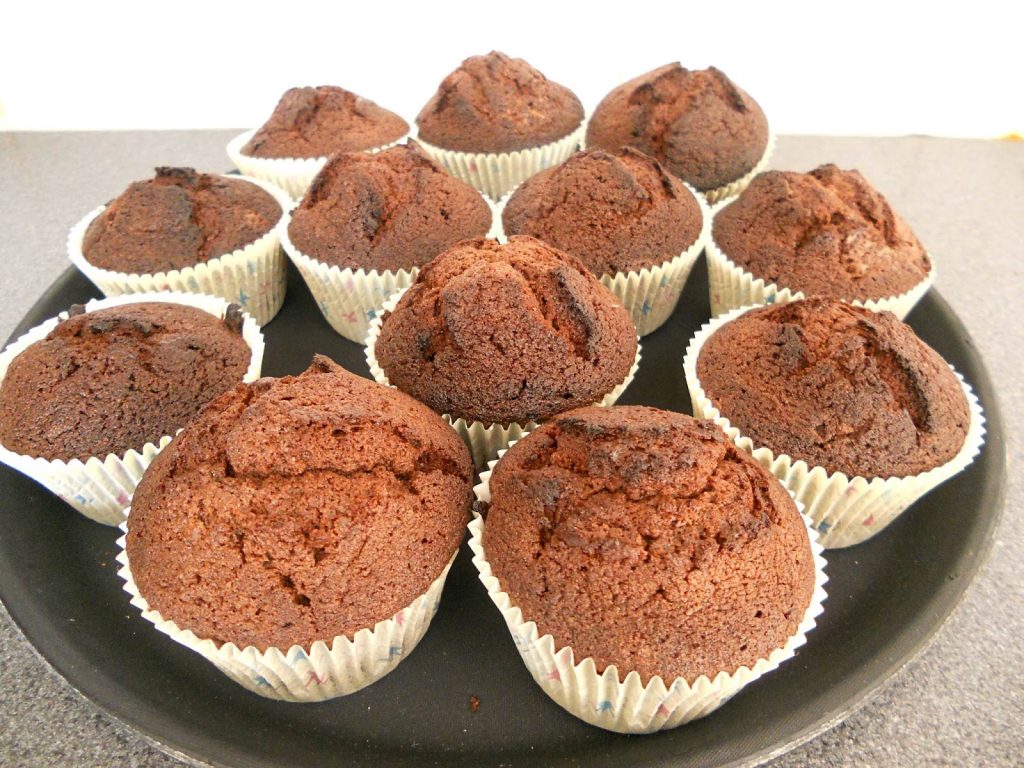 In the mean time I made my icing with like 100g butter and however much icing sugar I thought was necessary. I felt so much free-er baking without scales, I could almost feel the wind through my hair, hehe! I also added a dribble of vanilla essence because that makes EVERYTHING taste better! 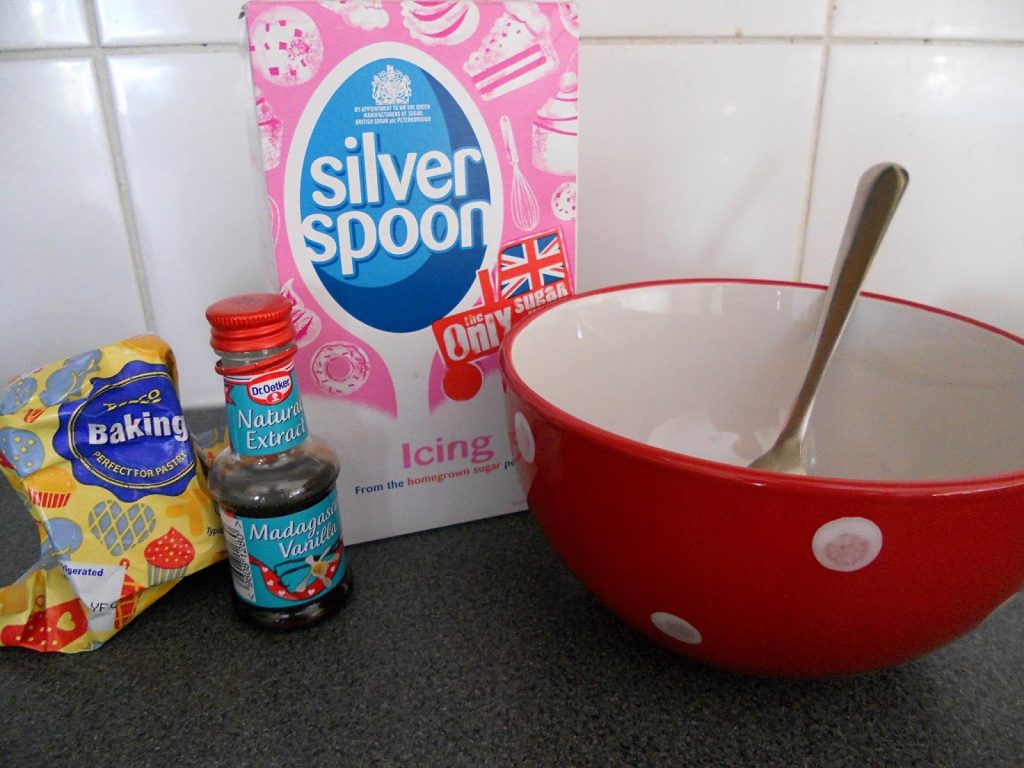 I sliced off some of the pointier tops, so I could take part in a highly efficient taste test you understand, right?! A scoop of icing and a cherry on top and the bad boys were ready to eat. Delish! 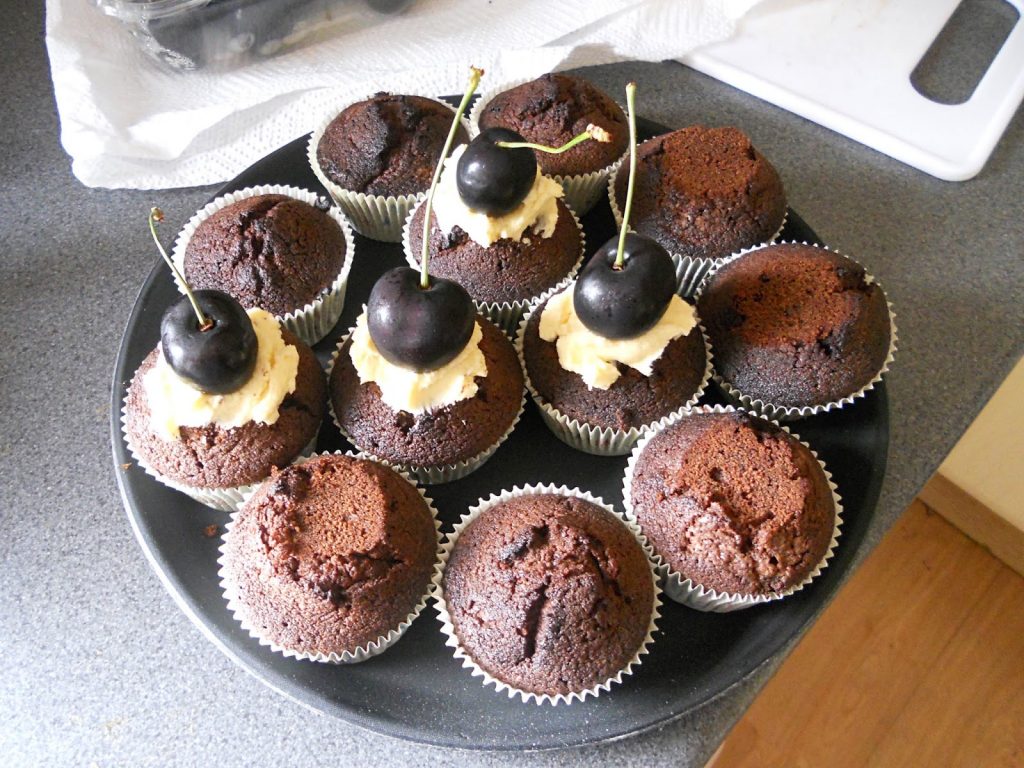 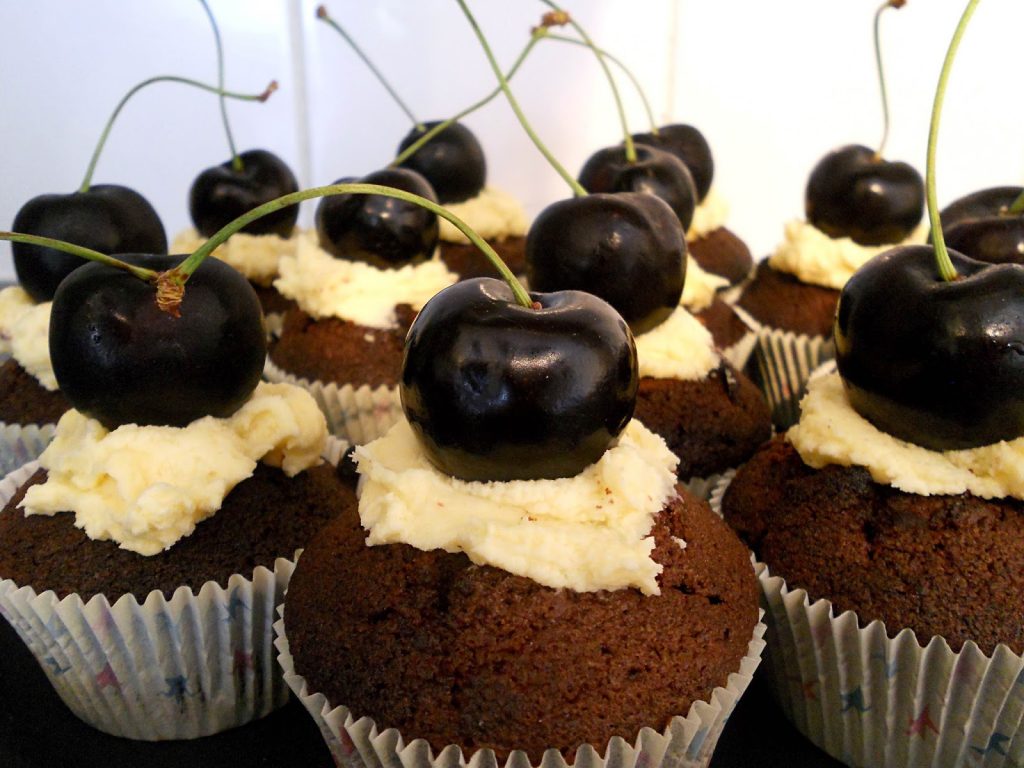 I took these into work and they went down a really treat. I think butter icing always looks a little fancier, so everybody is super impressed and wants bite!