Of all the weeks I think I’d ace in the Great British Bake Off, bread week is not one of them. I’m a baker of cakes and even though a loaf don’t seem too different to a gateaux, I am a horrific baker of bread! Let’s all take this post as a light hearted read… Something to entertain ourselves over our lunch break during a busy day in the office, a bit of light relief from a tough day of studying, a post where you’ll be laughing with me and hopefully not at me!

This week I decided to attempt to rival Paul’s bread Lion Face from the third instalment in the bake off tent. His piece looked so #totesamazeballs I thought I could defo put together something up to that standard. I chose to use soda bread in 3 different flavours to create a cute bow shape,since I am Row Bow, y’know! 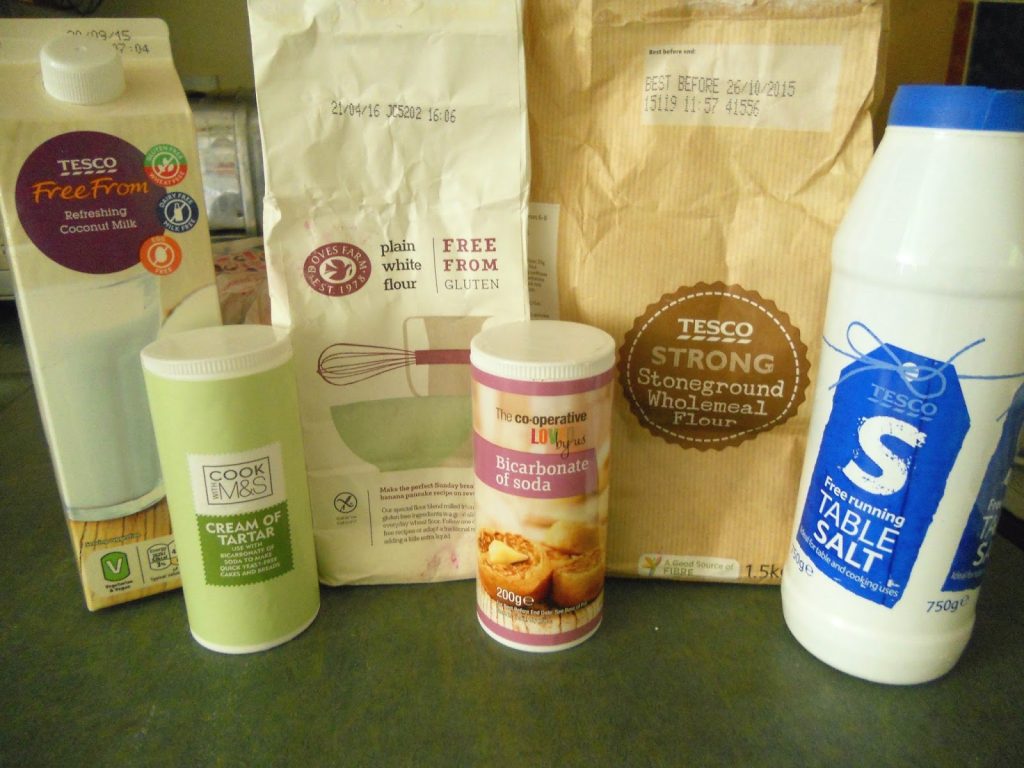 After scrolling though the internet and flicking through many a cook book, I decided it would be easiest to make one super batch of soda bread and split it into 3 types. I used 500g plain flour, 500g wholemeal flour, a little salt, 1 tsp bicarb, 3 cups milk and 3 tsp cream of tartar. But there’s no point me telling you this because it TOTALLY DID NOT work.

The first part was a plain soda bread. This became the knot of my bow. 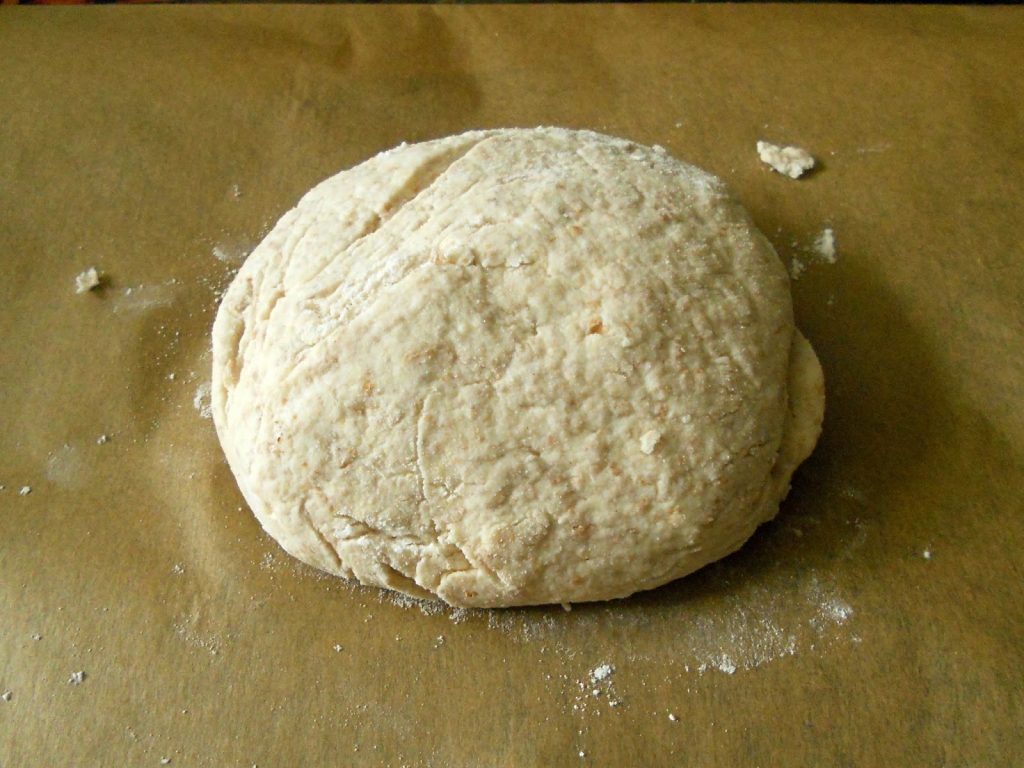 I wanted to construct a perfectly pretty, pink bow, so I added chopped cherries and a little cherry juice to 2/5 of the mixture. I added about half of the 200g pack of cherries and had my delightful assistant chop them into eighths. Along with a splash of cherry juice, these were mixed into the portion of bread mixture. It was such a slimy messy because the mixture really didn’t need any more liquid before the juice. I thought the cherry juice would change the colour of the dough more, but it kept it a very light pastel pink. 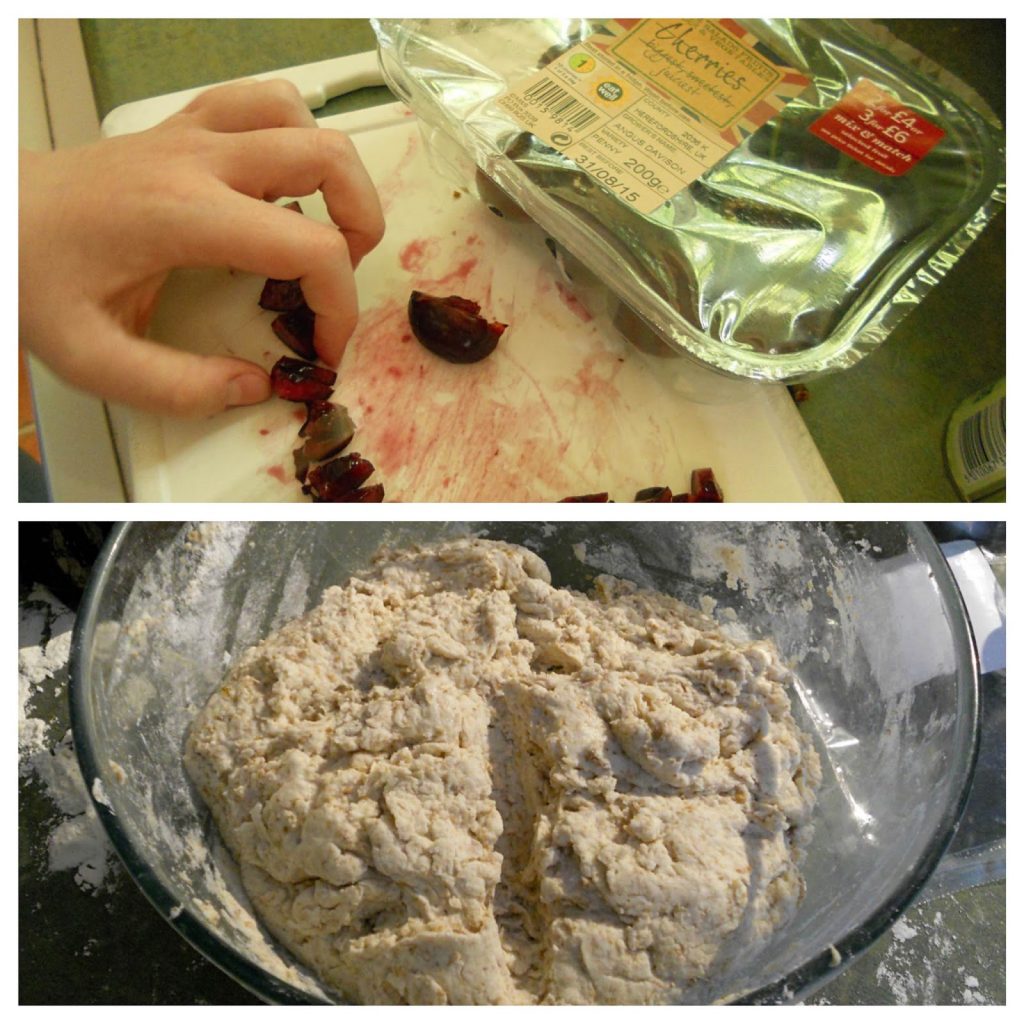 The loops of my bow were going to be made from the pinkest of pink bread that most people will have ever seen in their lifetimes! I pulverised about 150g beetroot, but that was way too much because it made the dough super wet. But it did give a lovely rosy hue to the dough. I used gloves to kneed the mixture together because I did NOT want to get rosy red hands! 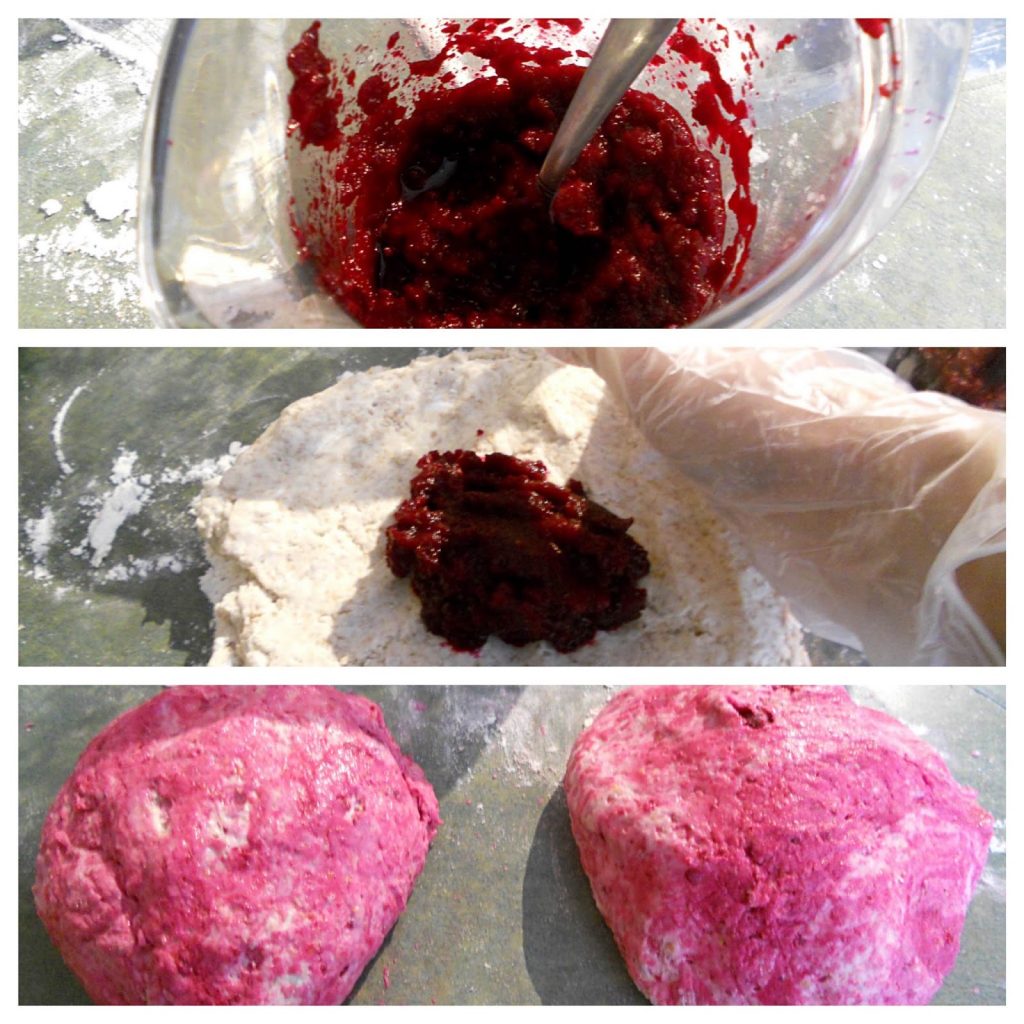 And below is my dough ready to go into the oven. I have no idea what happened because the suggested 25 minutes turned into well over at hour at Gas Mark 6, and Row’s Bow came out looking like the exact same piece that went in. Just less shiny and more dry. Safe to say it did not taste good! Bleugh! 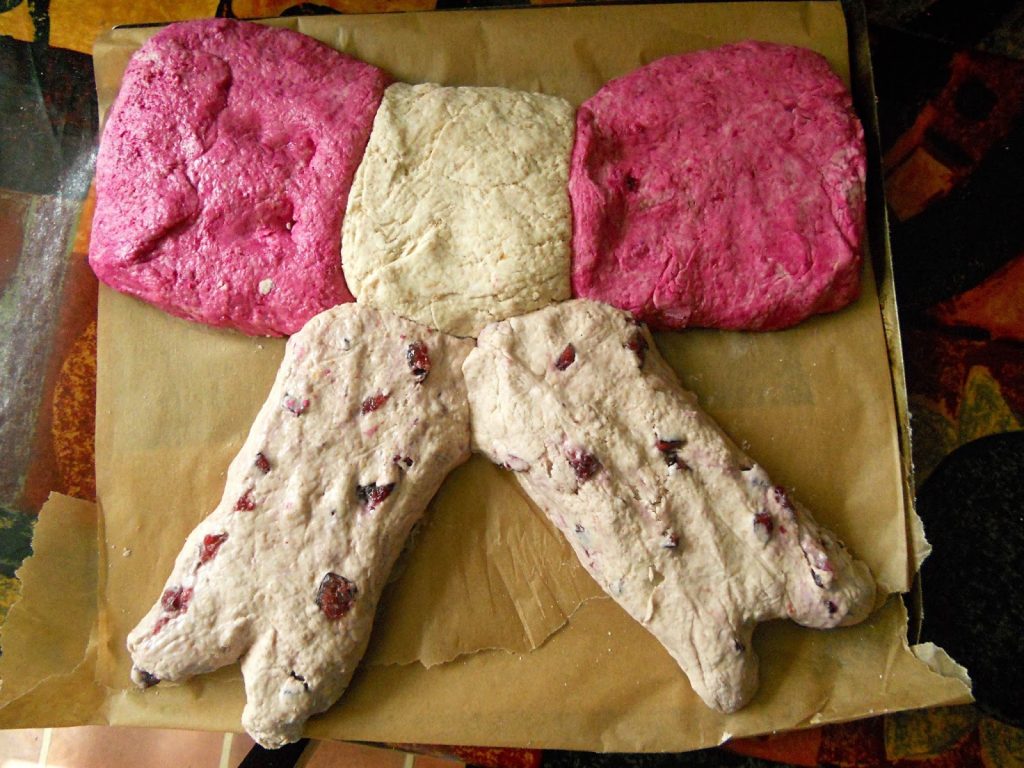 Oh well! There’s always next week right?…
Have you had any baking disasters when trying to bake along with bake off?