Hey Guys!
From the title of this post you may be thinking, ‘Silly Row Bow. She can’t spell lipstick properly! What a numptey!’ But no actually I was watching a program about a little girl, maybe 5 years old, prepare for her Holy Communion and she was excited about having her hair and make up done. When she told the camera person about what she was going to wear so said, ‘I’m gonna get me Lispick, Nail, Eyes and ….me Lispick …and Nails done.’ Bless she was so cute! I love that she said Lipstick wrong twice in under 10 seconds.
As a dedication to that little girl, this post is mainly about me and my pale orange lispick. The outfit I’m wearing is pretty sensible as it was the dress run for the class performance of the Dracula Rock Show. I had to be able to run around and not get tangled up in props and scenery. They performed in front of the rest of the school and it was a lot of fun.
Now, back to lispick gate. I bought this one which is BarryM number 54 a month or two ago and thought it was the perfect orange that I had bee searching for. However when on my lips I’m not sure if it’s a little pale and looks a little neon. But hey Neon Lips= Party Lips doesn’t it? A few weeks after I bought it I saw a Zoella Video and actually found Maybelline had the perfect shade. I really do love that lippy. Most peeps have said it looks good, but I’m not sure if they’re just being polite.
I’ve got it now so I might as well pretend I can carry it off! 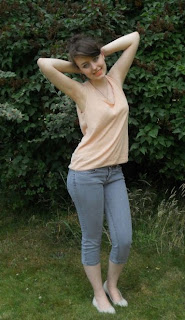 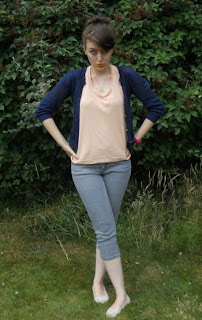