Hey Guys!
When I started Middlesex University back in October (it feels like so long ago now!) I decided that I really wanted to be involved with the Student media somehow. I remember always seeing in my fave high-school chick flicks the school newspapers, so that was one option, or the radio station. Little did I know that MDX (as all the cool kids call it don’t cha know!) launched their own TV station at the beginning of the academic year too. I was spoiled for choice with what to get involved with and it couldn’t have been easier to get involved. They work out all the positions through student voting so I put myself up for Fashion Editor of the MDX TIMES and, whey-hey, a week later I was writing articles for the newspaper.

I’ve had such a great time this year being Fashion Editor, and last Wednesday I was invited to attend a little awards dinner to reward some super students at MDX. The first award was for Best Journalist at the MDX TIMES and I was chuffed to even get enough nominations to make the top 3 shortlist. The politics editor won that and the deputy editor and myself were highly commended for our efforts over the year. 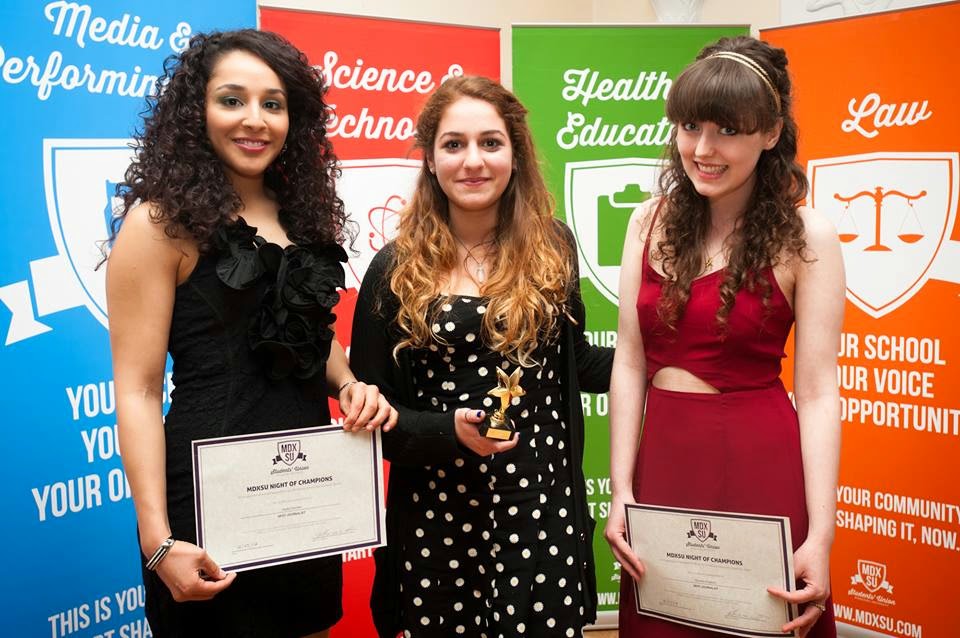 The second award was for Best Section Editor and lucky Row made the short list for this too! I’m not gonna lie I did do a little Facebook campaign to try and get everybody to vote for me for this award. I truly felt I had put so much effort into this one and it obviously hadn’t gone unnoticed because guess what? I WON! Yippee! 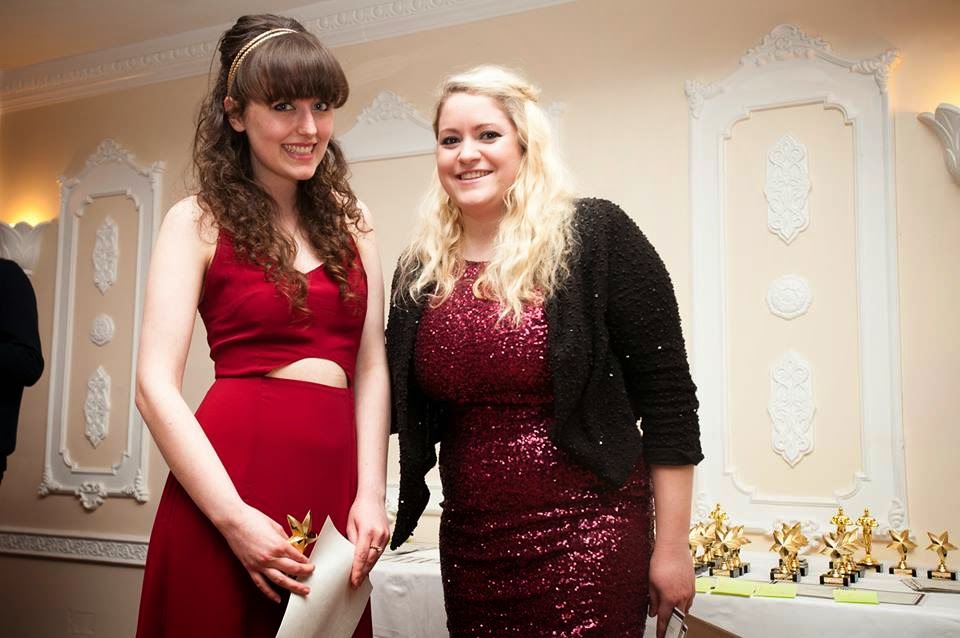 To be a runner up for one award and to actually win another award really made my night. I was super chuffed. But that wasn’t everything. I was also nominated in the Best Article Category. At the beginning of the year I was filling a while A3 spread with my own articles because I couldn’t contact any contributors. But through out the year this got easier and I was really proud of some of the contributors work. I won this awards alongside the politics editor for her more article about benefits. My London Fashion Week was a little lighter read! 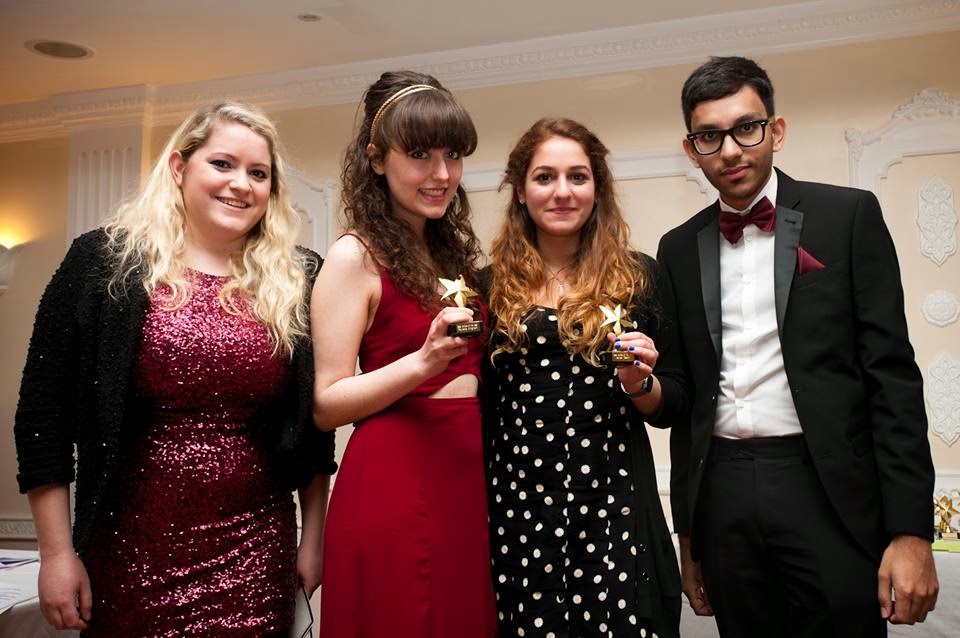 Oh, and one final picture for the photo album, the MDX TIMES with the SU President who is one of the main Editors of the paper. Don’t we all look totes adorbs?! 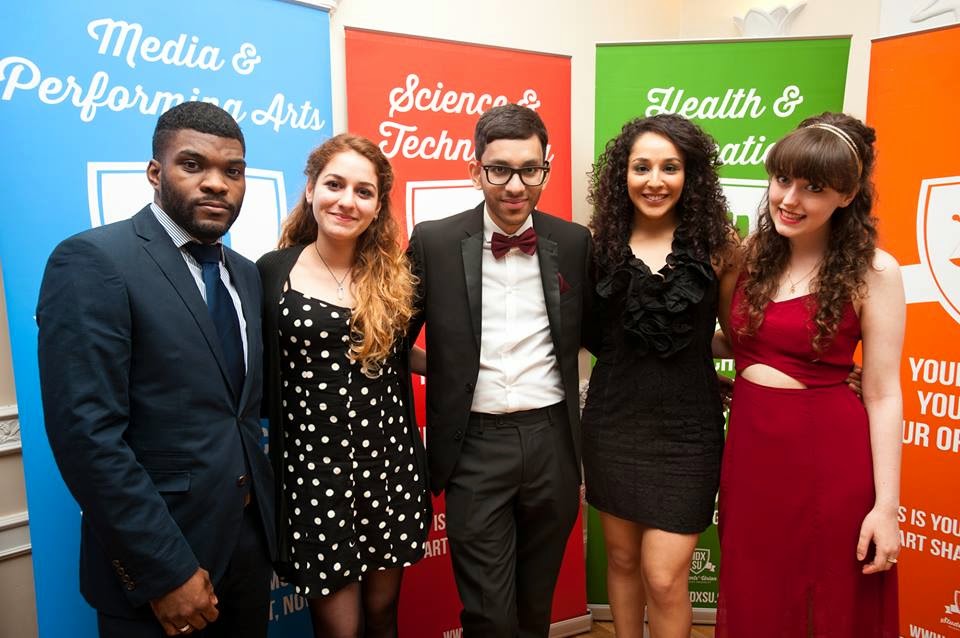 (These photos were all taken from the MDXSU Facebook page) 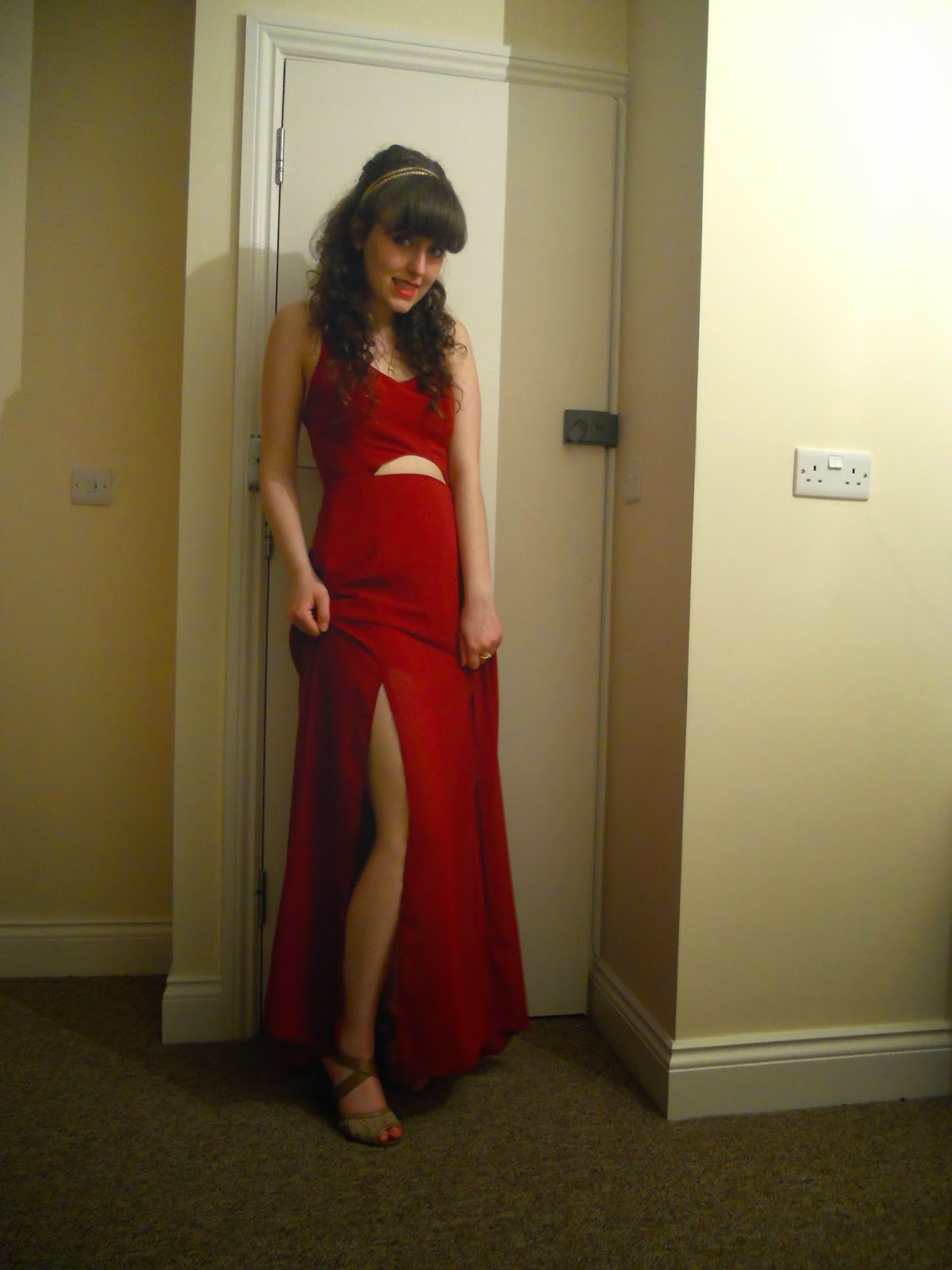 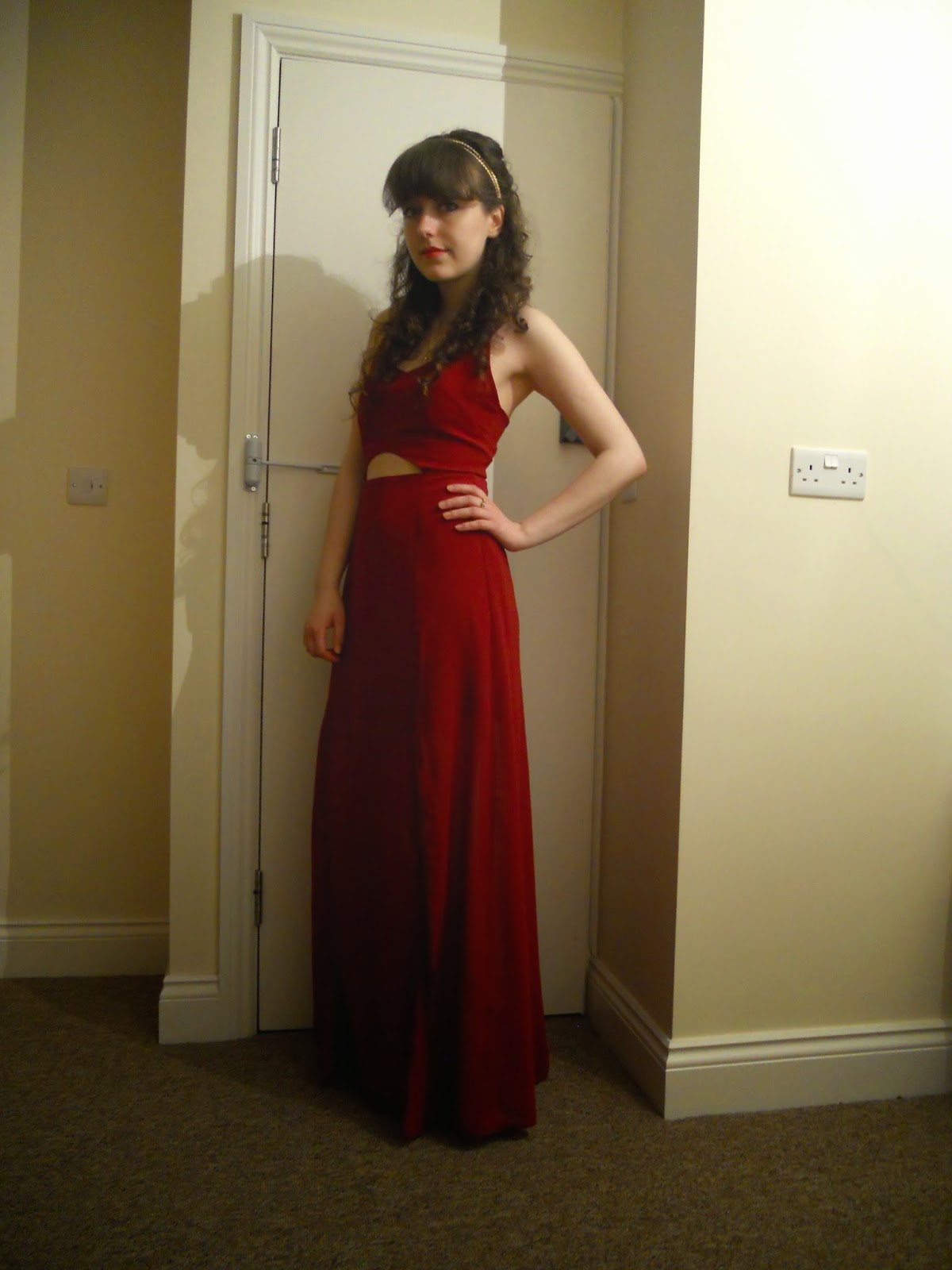 My outfit gained many compliments from lots of people throughout the evening which was lovely. The floor-length dress is from Lavish Alice. It’s beautiful Grecian style looks so girly and dainty whilst being dramatic and still creating a statement. I love the dress and it was only a tenner in the sale woo-hoo! I kept the styling elements very minimal so all attention was really on the stunning gown. I chose neutral, gold pieces. These included some tan chunk heels, a subtle golden Tinkerbelle necklace, a little swarvoski crystal ring and a golden double braid headband. I really feel that these accessories added to the Grecian appearance of my look.