Hey Guys!
I’m not gonna lie one of the main reasons for choosing Middlesex as the Uni I want to spent the next 3 years of my momentous life at, was the fact it it literally next door to Brent Cross- another holy grail of shops! It’s only a quick bus or train journey and is faaarr too accessible to me. I suppose its good for when I need to get little bits and bob for my styling shenanigans but for my Student Budget it’s not so good. I think I’ve been every week since term started! I spent all my weekly budget in the first week, so I may have to pay bills at the end of the month in the form of jumpers and skirts.
But before the bills need to be paid let me show you what I bought. The pretty plummy pink fox jumper was purchase number 1. I also got another jumper and a little top and the polka dot skirt I posted about the other day. I wore this as a uni look in my first week of actual lessons. I love the jumper, it’s soo soft and the embroidered design is really playful. I did have to go up a size to what I’d usually get. My normal size fitted but didn’t have the baggy fit which I was wanting from the jumper as I tucked it to the skirt. I bought the pink ring-bracelet combo from New Look over summer and hadn’t worn it until now. But since I’d added a silver belt to the skirt I thought now was the perfect time to whip it out. 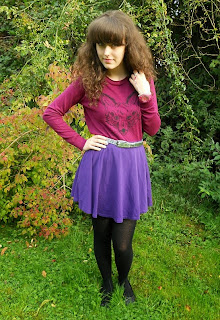 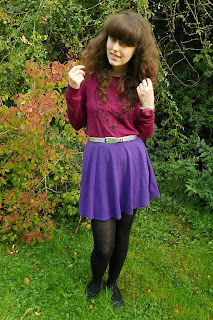 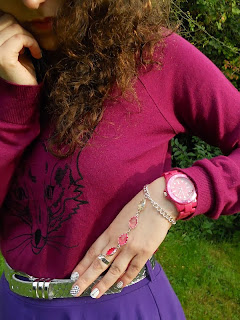 I first heard about the artist Zedd when the MTV VMA’s were on the tellybox. He was nominated for a newcomer award I think and the little clip they played of his music sounded uber catchy. So I had a little look for it and firstly had Clarity ft. Foxes on loop. But now my uni buddy has informed me that he also did a song with Hayley Williams, of Paramore fame. This song is called Stay the Night and now this is my always on loop song. I’m defo going to explore his back catalogue (well, that sounded mildly sexual, whoops!)
Oodles and Toodles
Row Bow
x