Decluttering my wardrobe, chairdrobe and floordrobe is a big job that I’m forever putting off. I genuinely wear everything I own! Sure, sometimes things only makes an appearance once a year- but I still wore it… However, due to the ridiculous amount of online orders I’ve bought and forgot to return (doh!), I thought I might as well throw it all out at once. I think part of the reason I put it off is because I reckon I could make a few bob selling it all, but that takes palming and effort of which I’m not particularly interested in either…

So instead of selling my clothes, I tried on a few pieces for one last, mini fashion show. Can’t believe that in all the time I’ve owned this shirt, I’ve never thought to wear it off the shoulder. I love the style of an off-the-shoudler shirt, it’s got so much more to say that a regular jersey Bardot top. It’s like workwear, but ready to partywear too- not that I’ve ever worn the same look from desk to dance floor… I’ve teamed it with black and gold accessories. I’ll admit, it’s kinda obvious the shirt dress isn’t mean to be worn like this with the bunching and gaping back. But if it works for the ‘gram, it works for this girl! 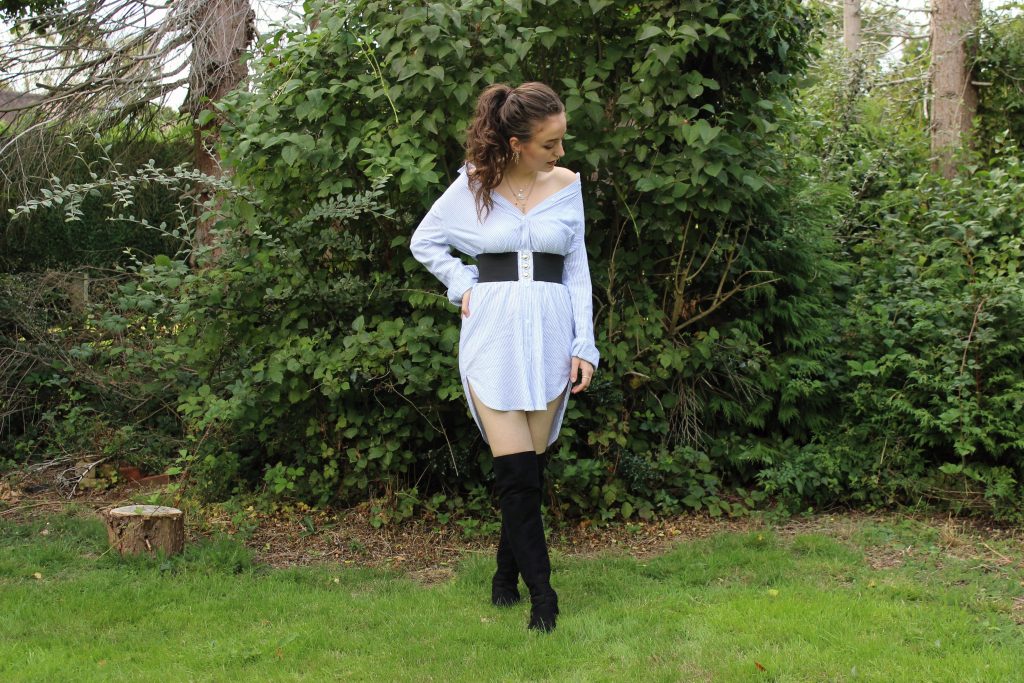 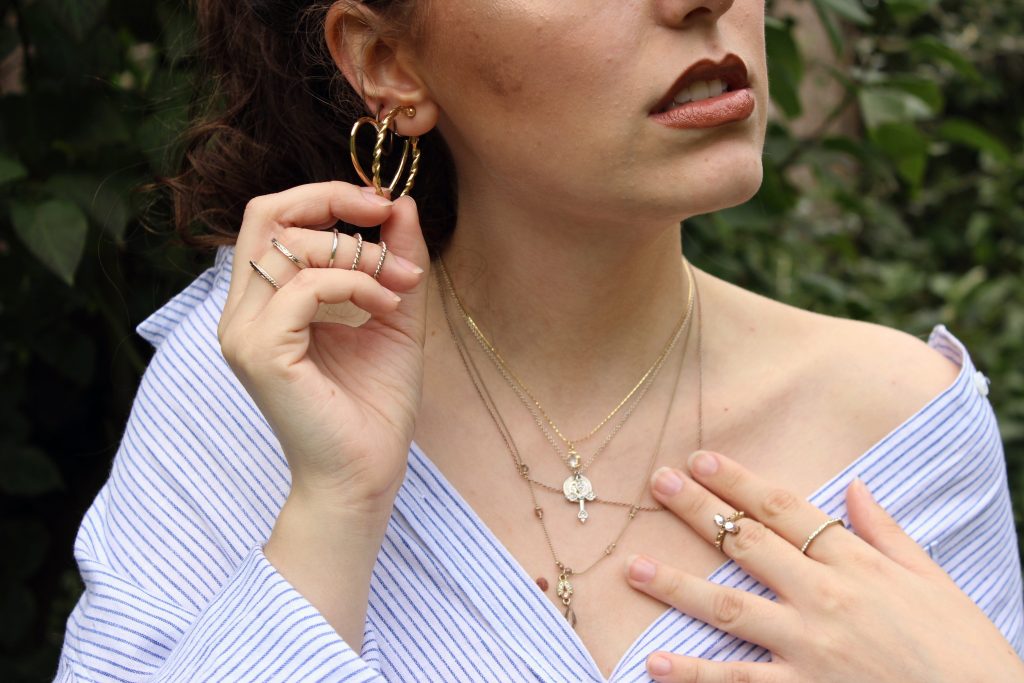 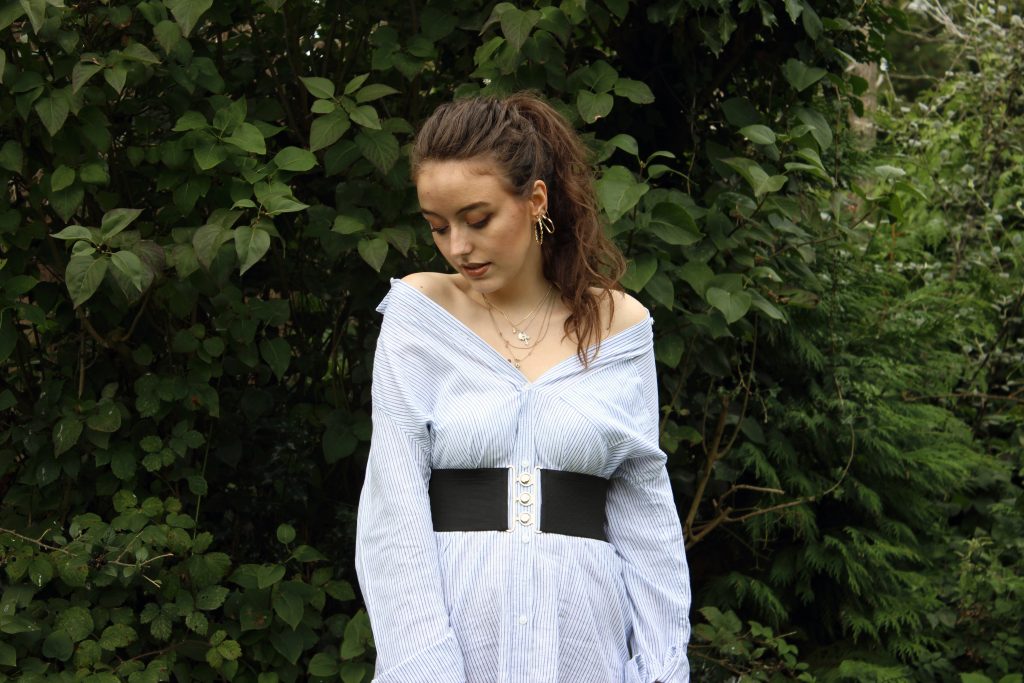 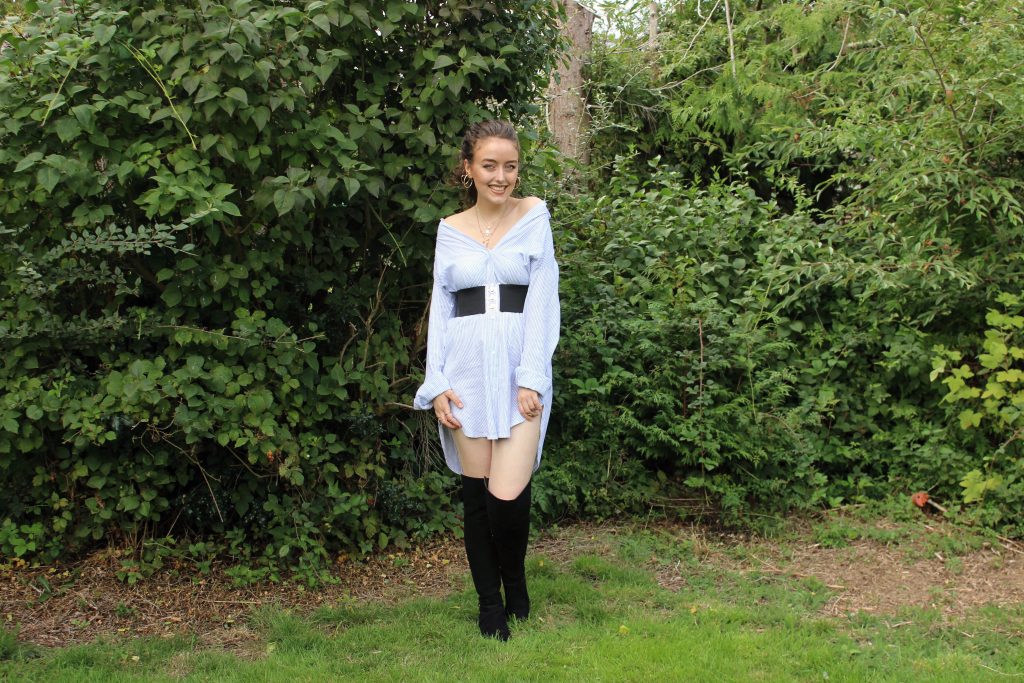 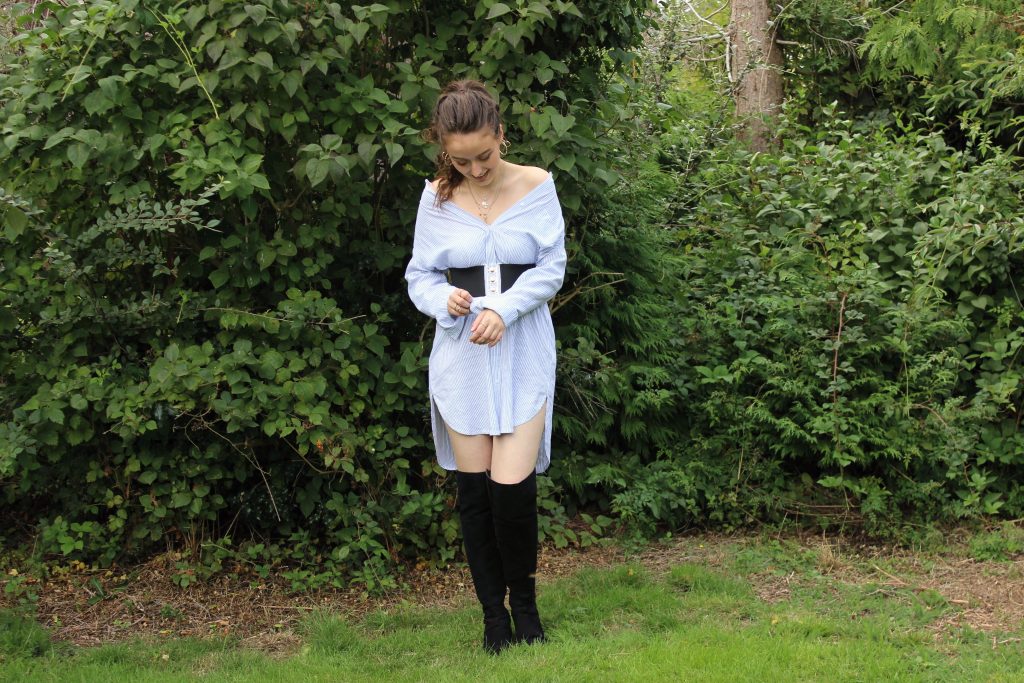 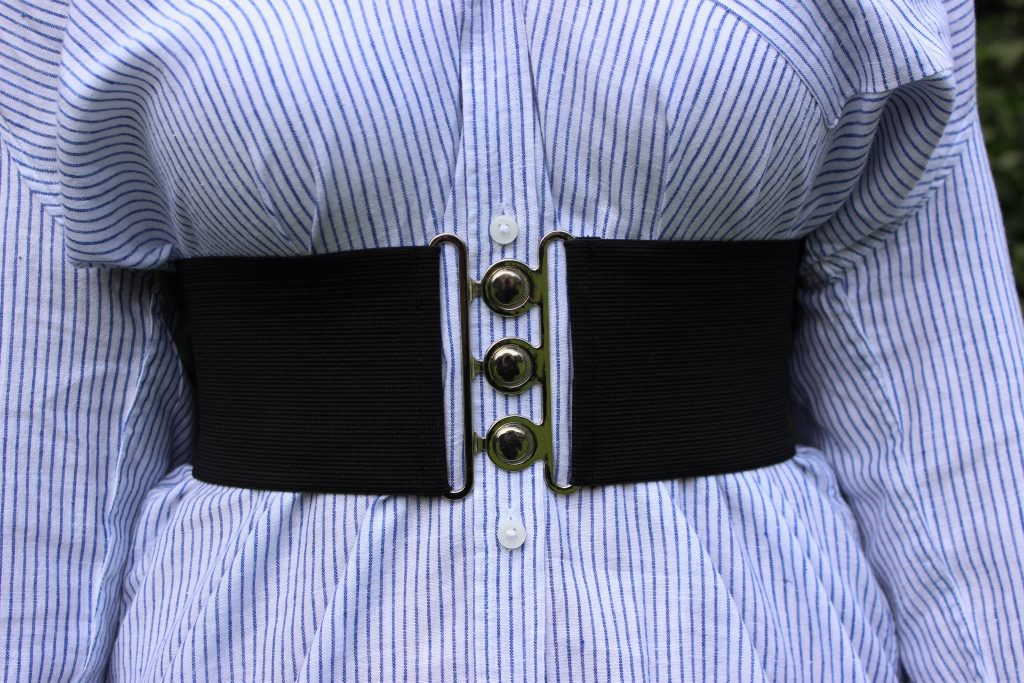 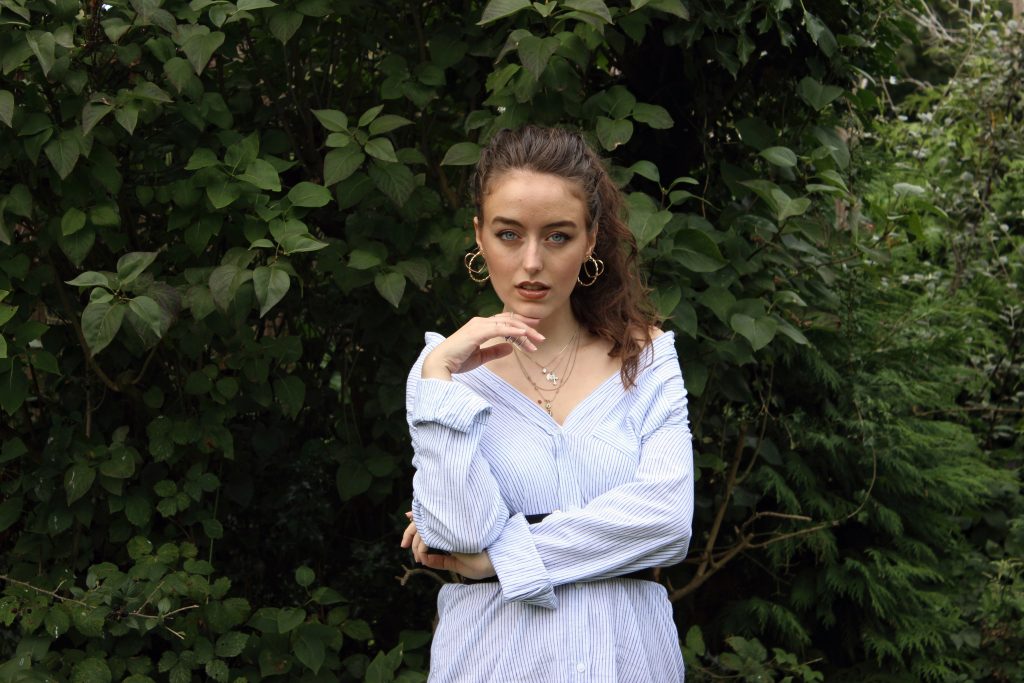 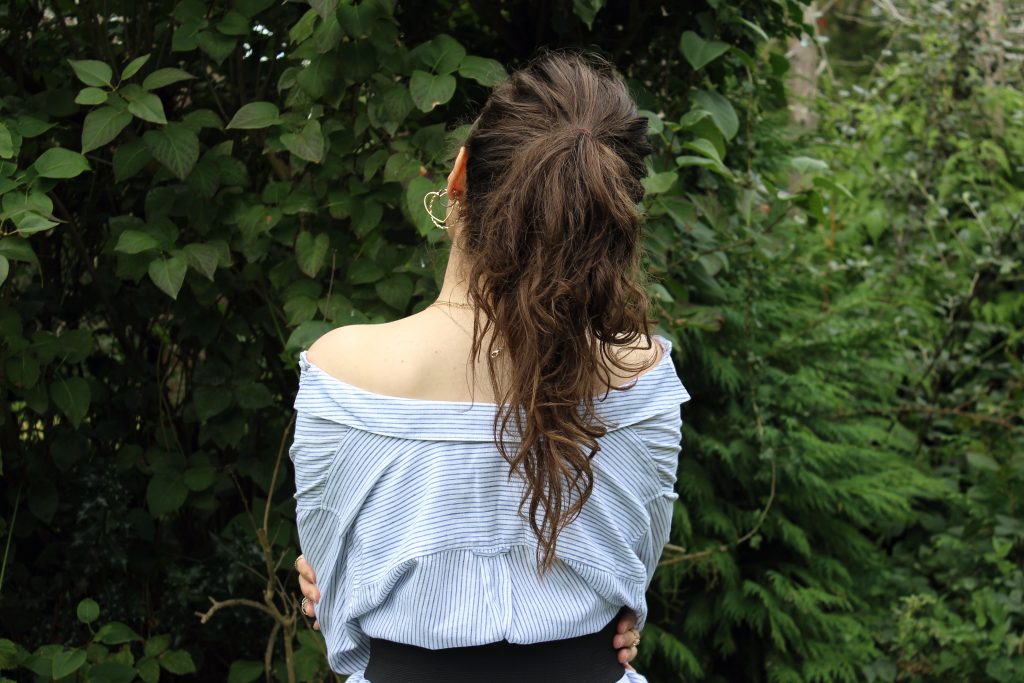 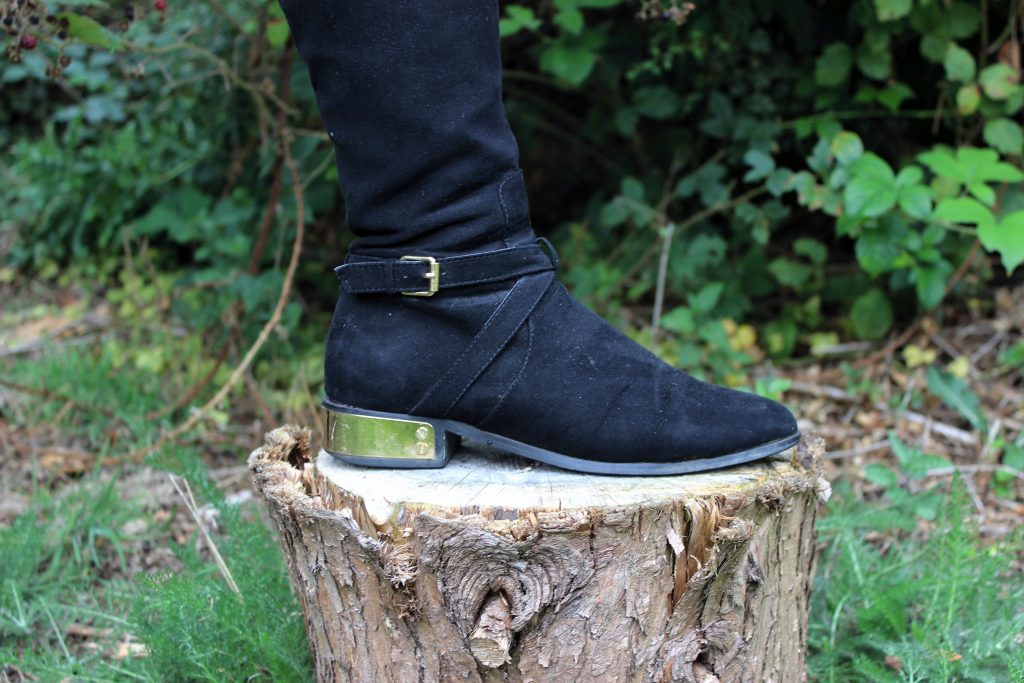