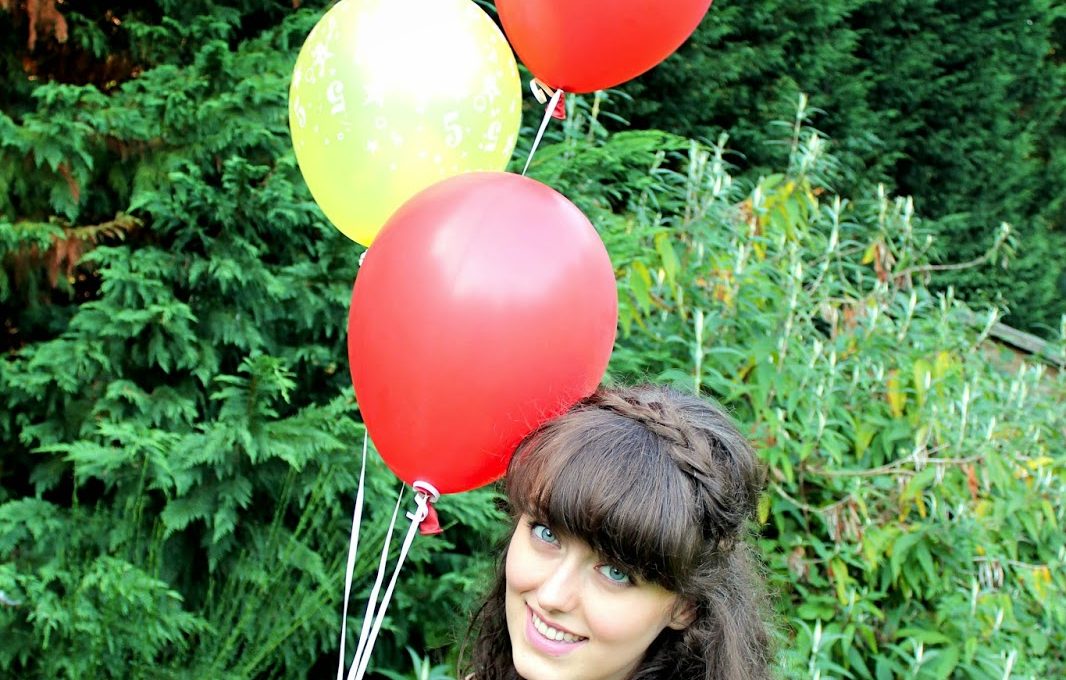 For our second pre-Becky-departure date with my buds, we went for a typical pub lunch. I do love a good pub lunch, theres a really homely feel about pub grub. I always go for the sausage, chips and onion gravy there’s no beating it. Apart from maybe a cheeky ham, egg and chips occasionally! On the way home we stumbled upon some lonely party balloons grounded directly in the middle of the road. As we slowed dow to ‘inspect’ them, naturally Row Bow just went with it and picked them up. I do feel a little guilty since the 5s on them suggest they were from a little one’s party. But at 4 o’clock in the afternoon I’m sure the kiddie would have been totally party-pooped and not even noticed I’d kindly re-homed his balloons…

I chose to wear a really simple look for a chilled pub lunch. I could have worn my glass slippers, but I don’t know, I just felt I might show everybody up in them. And it would have been a total nightmare had I lost a shoe in a field since we walked there, hehe! Instead of chelsea boots I put on my riding boots, which are a great flat footed alternative. These are a little big for me but nothing a good pair of fluffy socks won’t fix over the winter months. I could hardly say no to the total barg of £17 for a good quality pair of boots. Not that I’ll every use them for their intended horse riding use.

Kate from Great British Bake Off is who I’m putting my money on. Well, until this week when she was borderline on the chopping board! As well as her delish bakes, I adore her hair. It’s so pretty and curly and started with pinky hues, and now more blonde. During Baked Alaska/Bin-Gate week Kate wore a really pretty braid across her curly locks, so I decided to try that since I’ve got curly hair too if you couldn’t tell. I then developed this braid so it went all the way around my head like a heavenly halo. How angelic do I look, hehe! 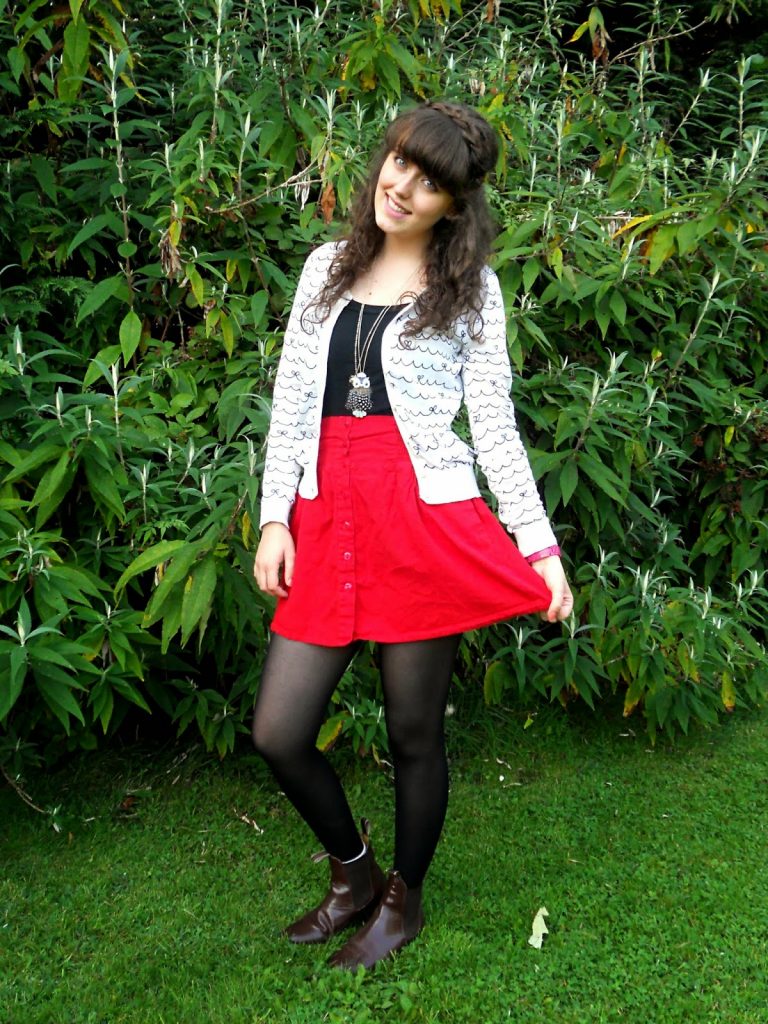 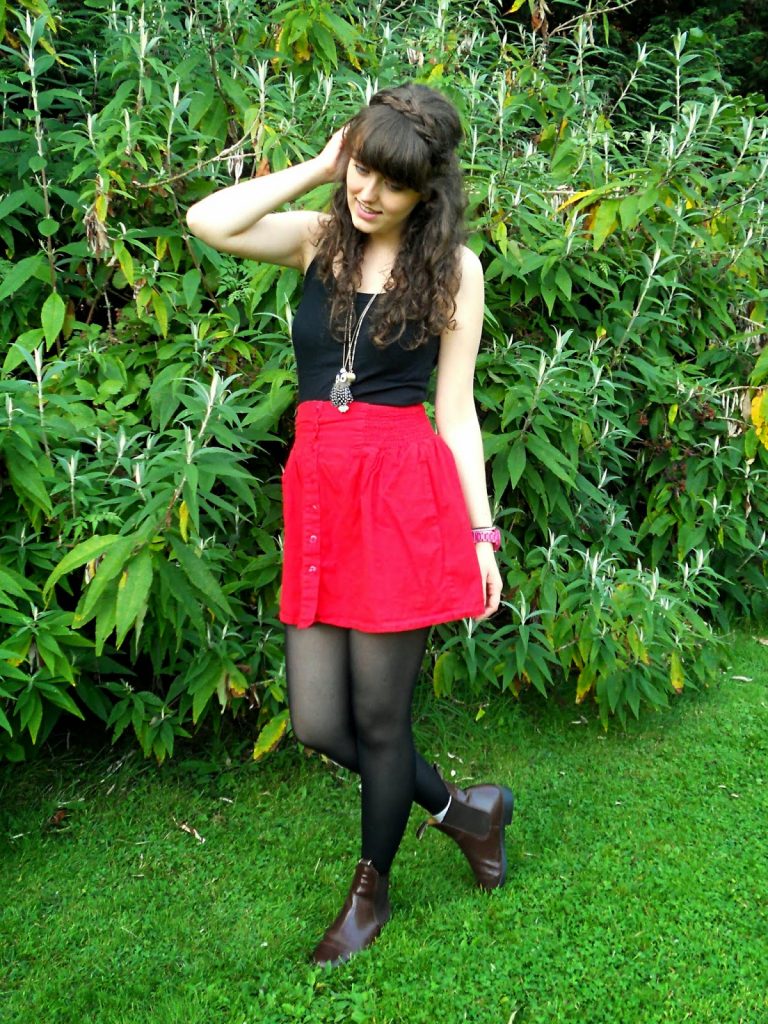 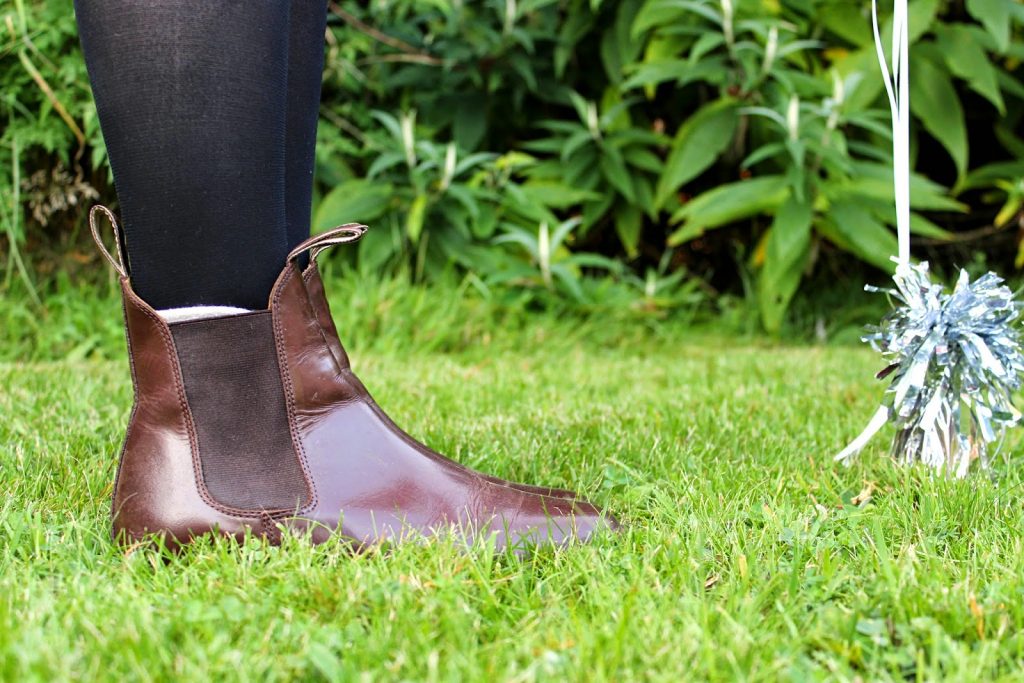 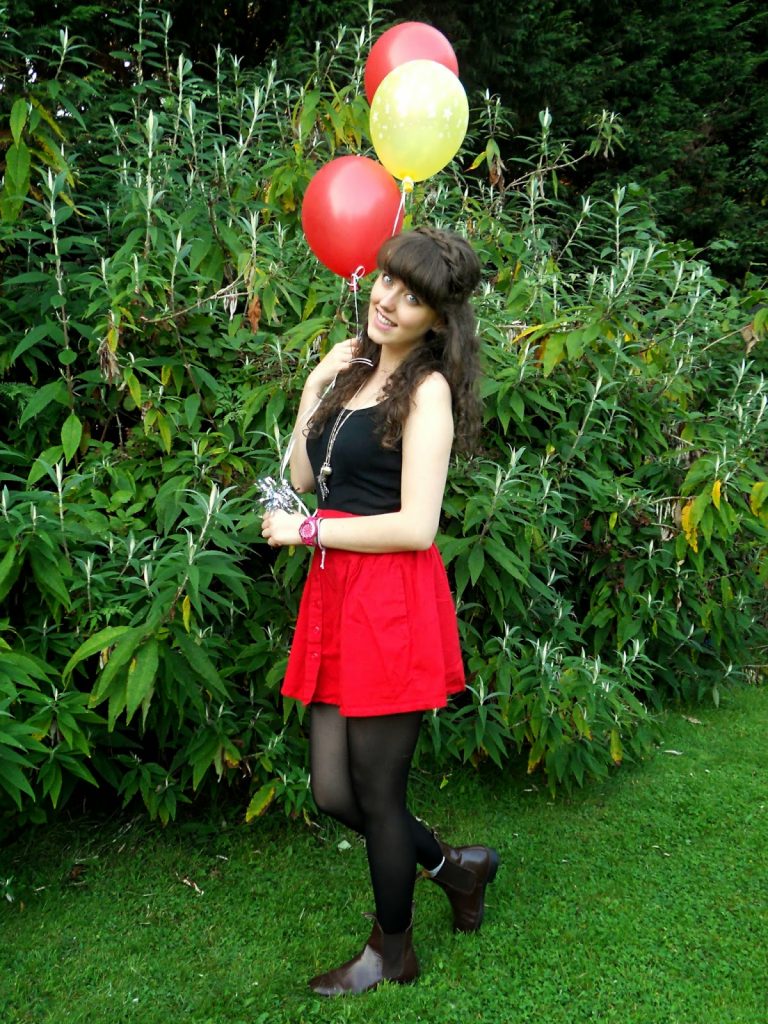 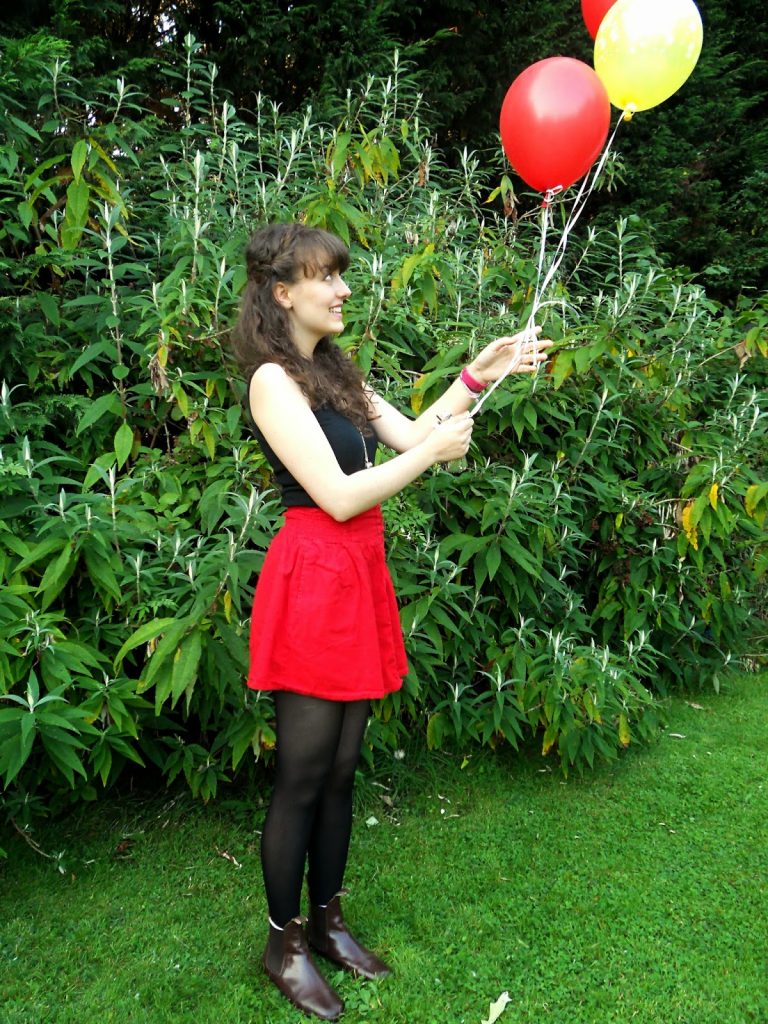 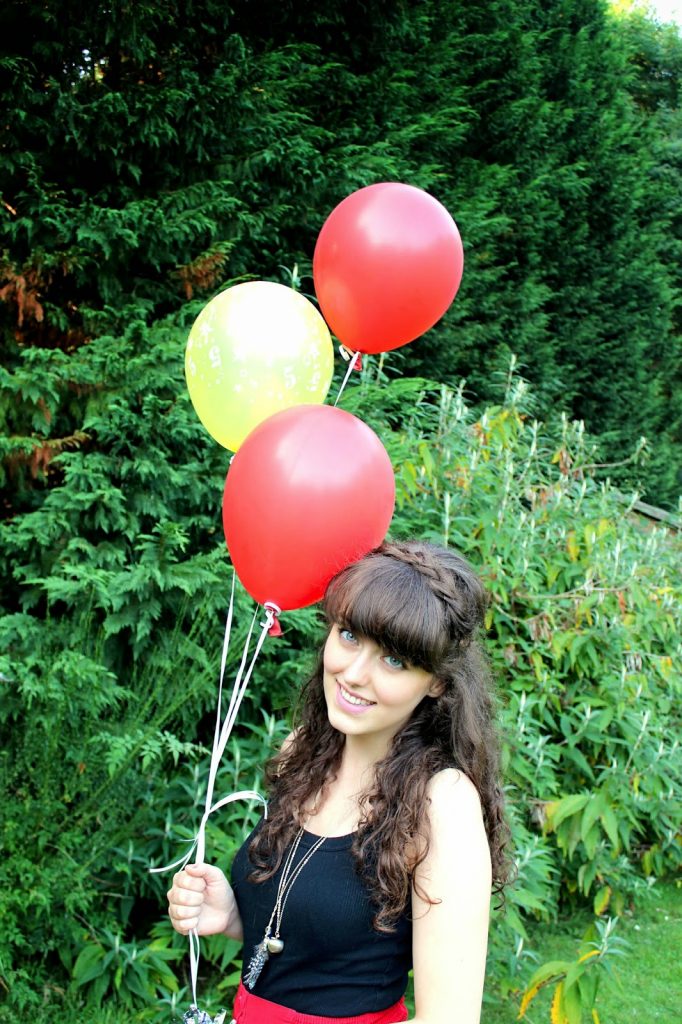 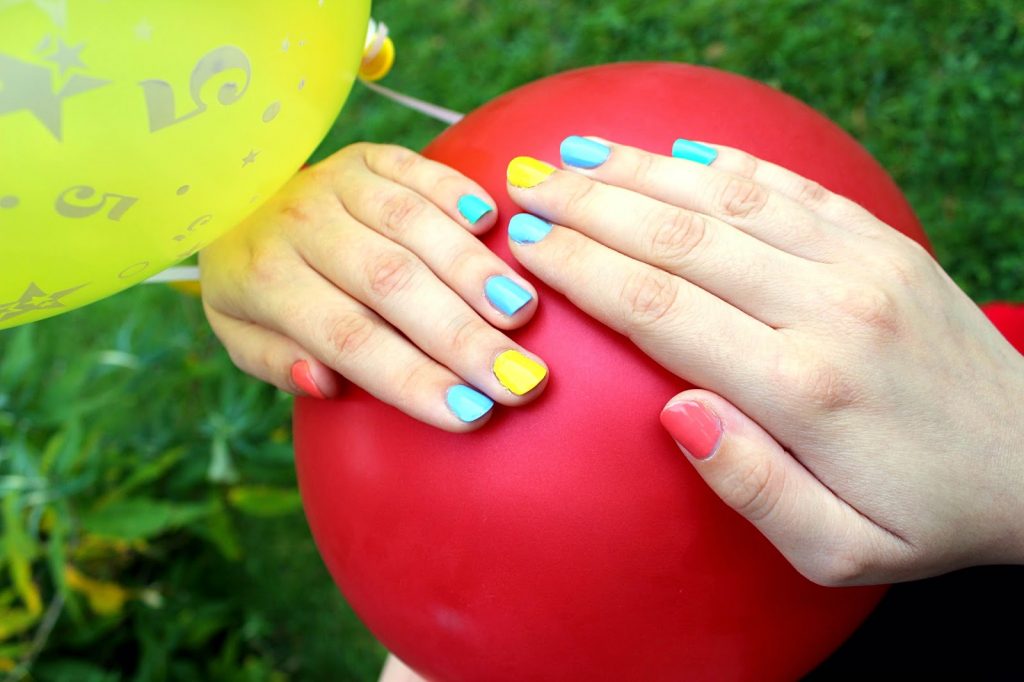 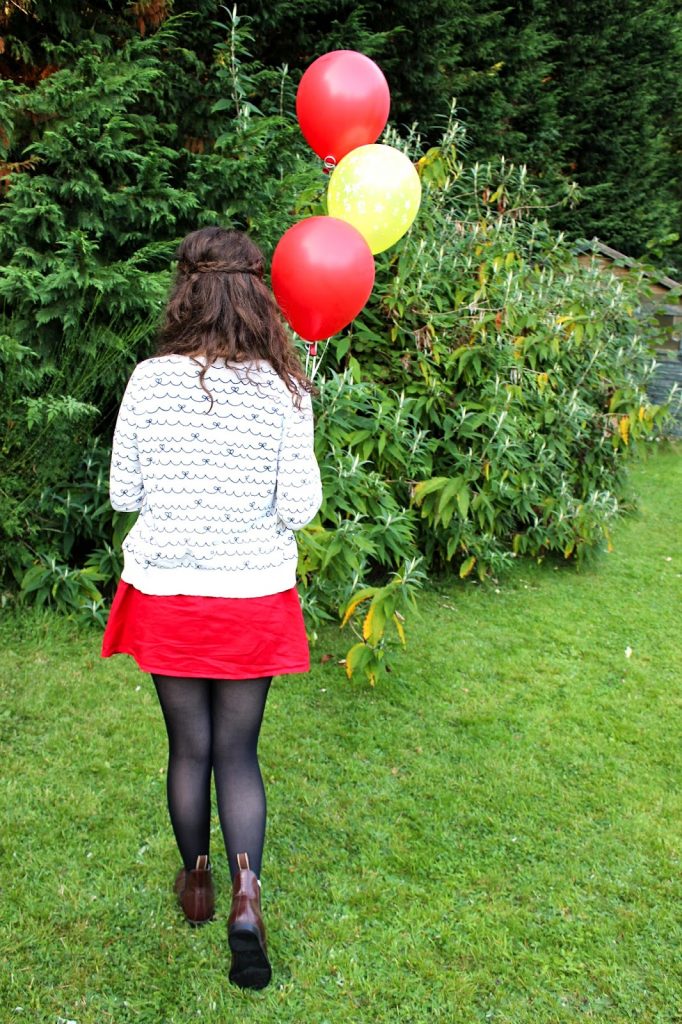 Some songs I have on loop for a really long time and just never get round to writing about them. Others I only really get into after they’ve debuted in the charts. Dance On My Own is one of the latter. I don’t know much about M.O, but I do know that they make some very groovy tunes. They remind me of a new Mis-Teeq, who were my fave. They are far from duplicates of the nineties girl group as their sound was very R&B and M.O have a lighter sound. It’s difficult to describe so maybs you should just go and listen to it..