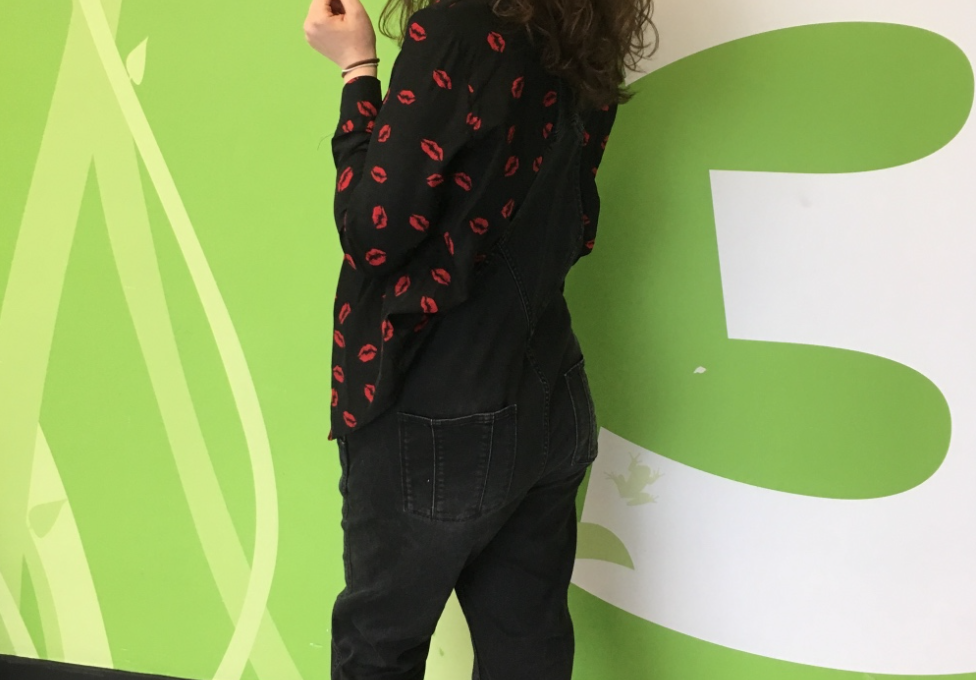 Today’s look is a complete 180 switch up compared to yesterday’s pretty, girly attire. I’ve even chucked on one of Mumma’s tops under the dungarees because I’m just not used to facilitating such a dark colour palette. Don’t get me wrong I totally ♥ my dungarees and lip print shirt, but together I feel like I’ve got smart/caj to an extreme all up on me! Mumma was insistent on having the shirt tucked in but out at the sides. She’s learnt from the best, it’s all in the deets. Just not these deets…

With my hair down you can actually see my hair cut which I wanted to parade about the office on Monday. Not gonna lie the hairdressers’ pizzazz has definitely disappeared somewhere on the way into work… Foolishly, I thought having a cute lob cut and curls would achieve an effortless Lucy Hale look. But then my frizz came back all, ‘Hey, so I’m still a thing!’ Today I’ve spread some browns from BarryM’s Super natural pallet across my eyelids and coloured in my lips with the Tarte liquid lipstick in a shade I believe is called Manbun. Huh… 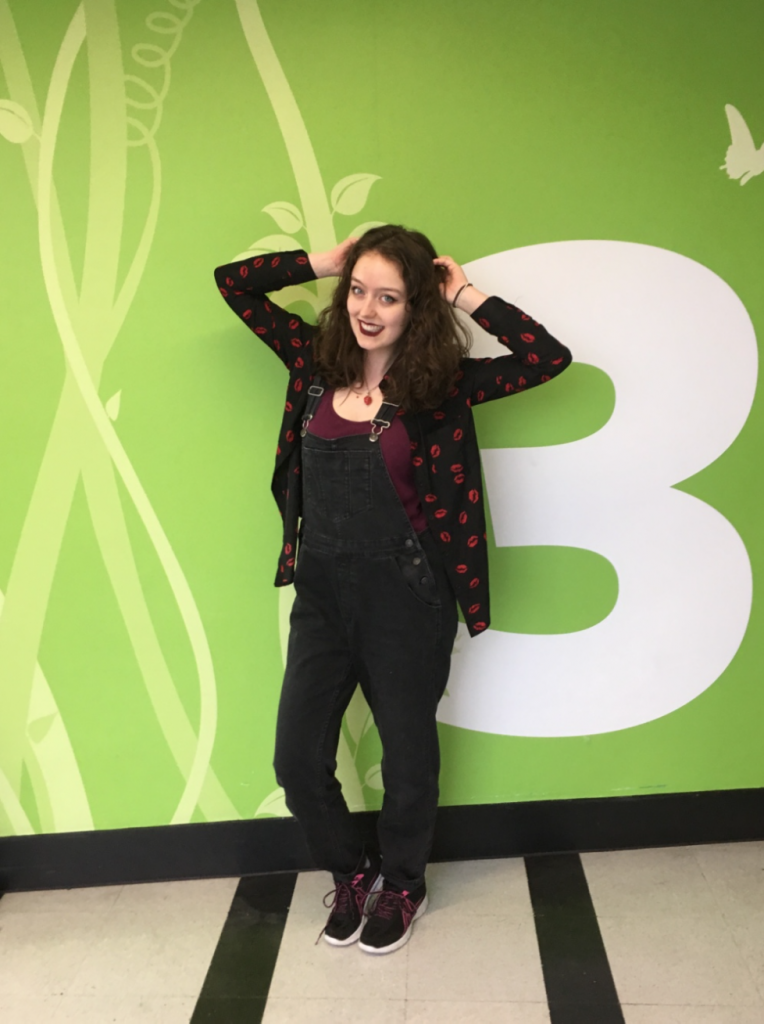 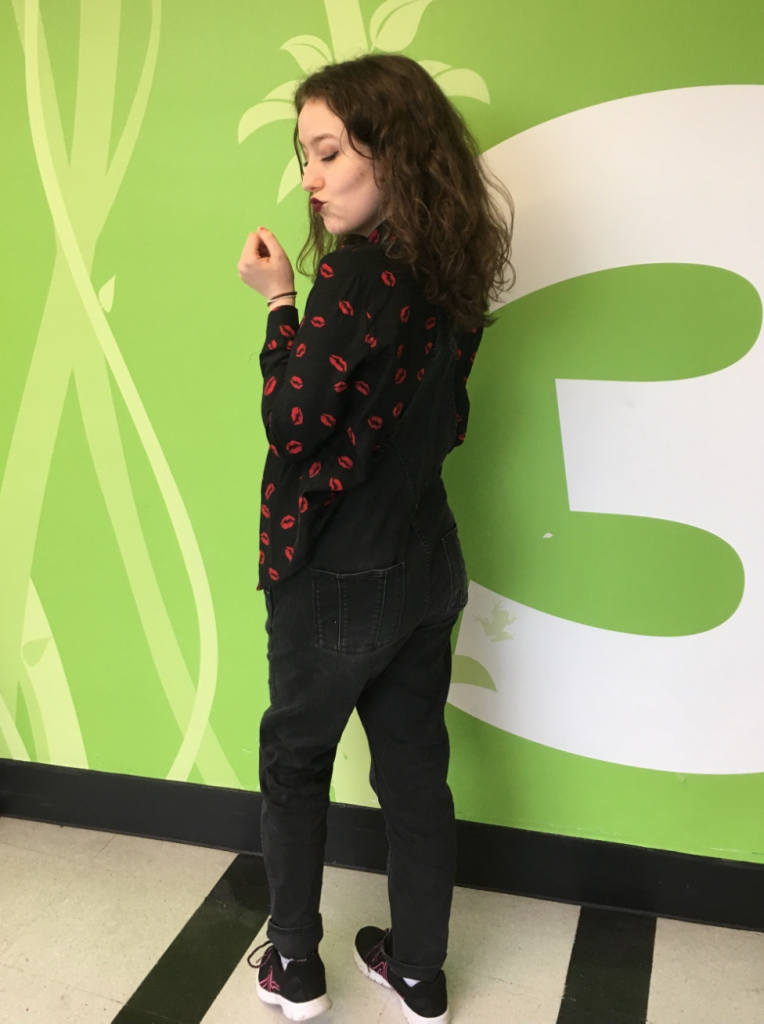 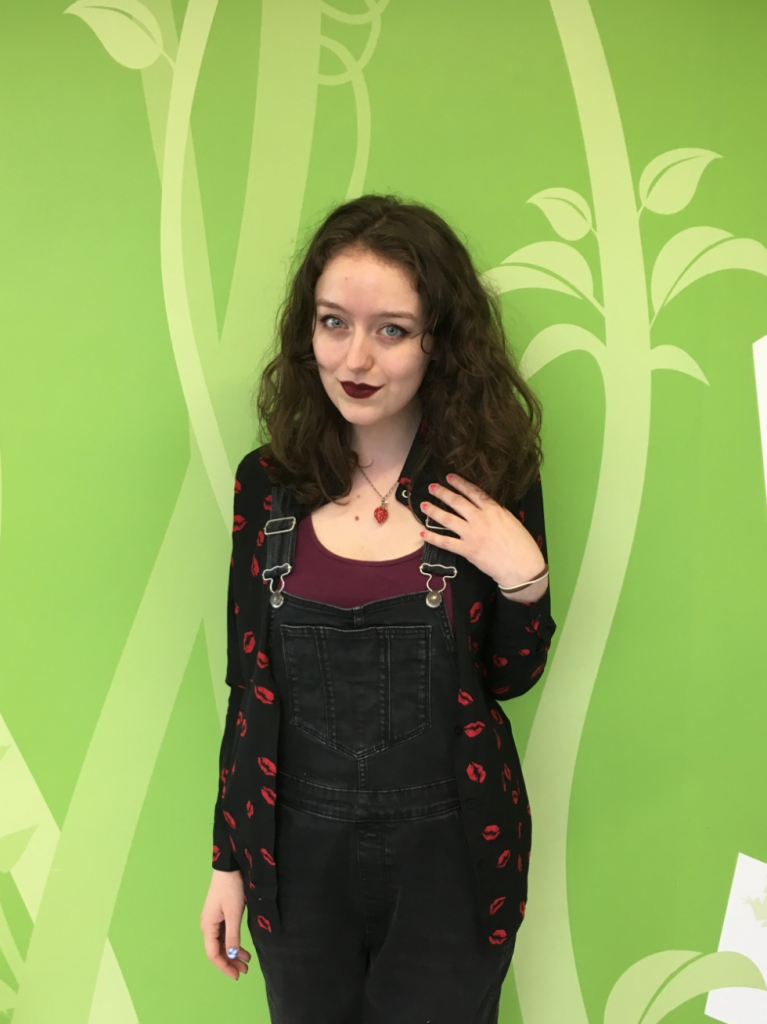 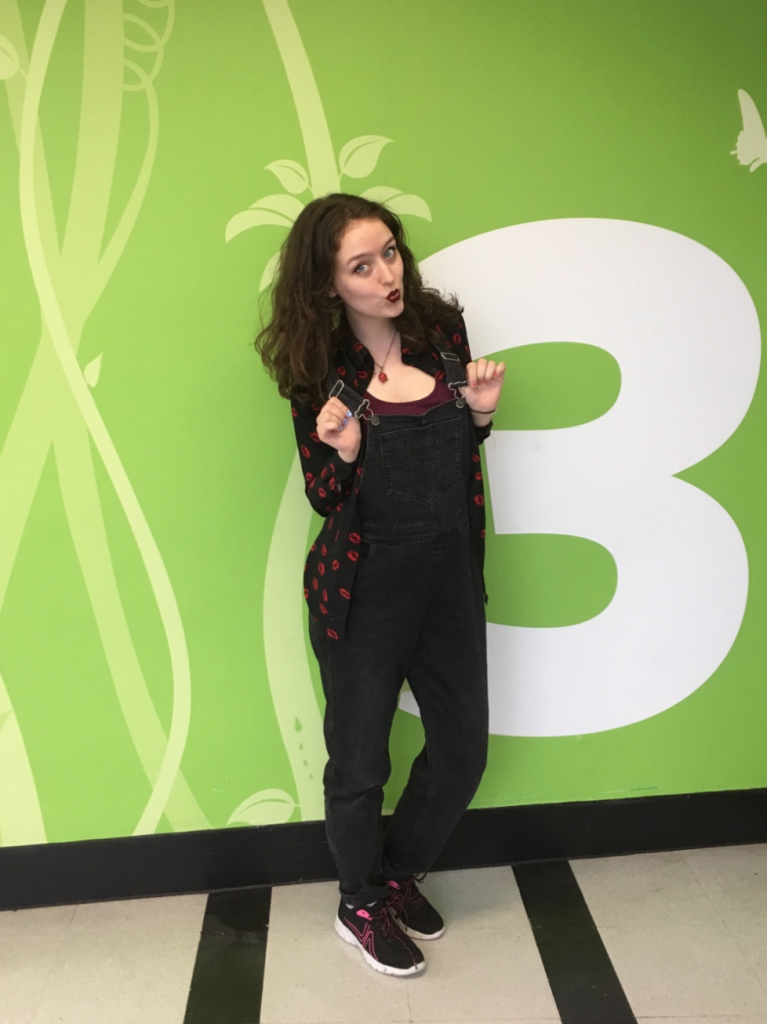 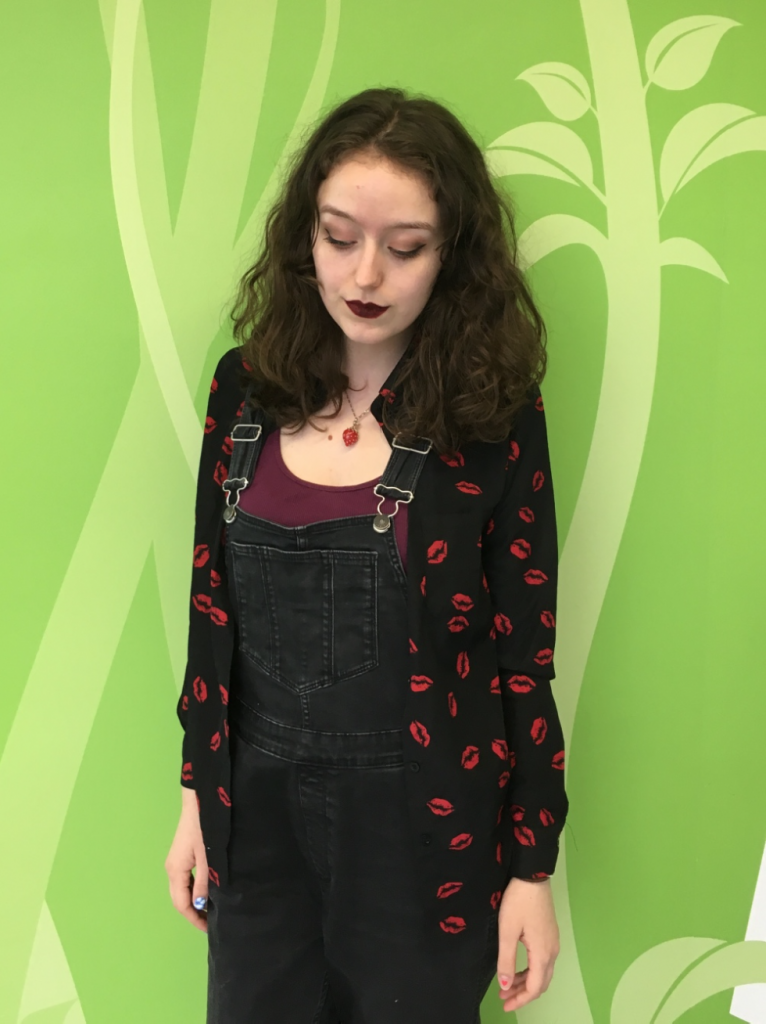 On a totally unrelated note: it’s quite fitting that (although a week or so late) this look looks quite Valentine’s-y with the kisses and hearts. Why? Because What Row Chose… was a whole 5 years old just after V-day. My first post was on a look from a Galentine’s (still trying to make that a thing!) day out. Do I start singing Circle of Life now or…?