Hey Guys!
This is a little review on the BarryM Magnetic Nail Polish. I had the Metallic Black one. Each colour has it’s own unique pattern, which is pretty cool. its also a good marketing ploy so you can ‘collect them all’. Clever Sausages! The Nail varnish works with the use of a magnet, handily attached to the top of the lid. This bit just pops off. I didn’t know that, so I was attempting to twist it of with no such luck! The plastic attachment has a little curve tab which is rested on the cuticle area as you hover the magnet over wet nail polish. 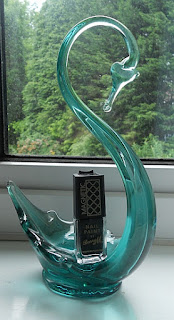 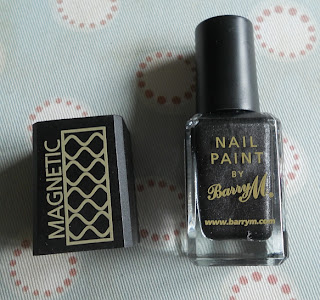 I found it really tricky to get a sufficient pattern at first. And it couldn’t work out if it works best with a thick or thin layer. It turns out I was just being a div. It’s super easy to use. A base layer of polish is applied-don’t hover the magnet over this. The second coat is time to attack it with the magnet. Within a few second the pattern appear as long as you get the plastic tab rested on your cuticle A.S.A.P!
The only thing I wasn’t too keen on was the fact in only appeared to pattern the centre of my nail and not so much the sides. It helped if I moved the magnet side to side very slightly, but not a lot. I’m not sure if I just have very curvy nails, but it still looks cool. Also, after applying a top coat I found that the magnet pattern mysteriously faded significantly. Weird! So it did start chipping pretty quickly but it also lasted a while. It occupied my attention for about half an hour in front of The Wanted with Ryan Seacrest interview. 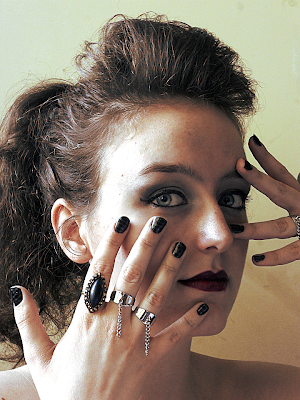 I love love love Jason Deruuulooo’s new song, The Other Side. I forgot how much I’ve missed him! I like the bit when he’s all like, ‘If we walk down this road, We’ll be lovers for sure!’
(Also, he’s heard ma Union J boys want to collab and he’s totally made first tweet. That is going to be such a HOT tune!)