Hey Guys!
Just before the end of May Bank holiday I ordered a handful of items from New look since their sale is pretty decent. I’ve not been able to order stuff off the internet like this for long and this is the first impulse splurge I’ve done. So I’m pretty pleased with myself for that. I could do a ‘Haul’ post but instead I thought I’d show you the pieces as and when I wear them.
This was a cool, summer work look. My New Look items in this outfit were the top and skirt. The skirt online looked a lot bluer, but the actual piece is evidently very purple. However, this is no bad thing as it matches the purple tones in the top exactly. Which means they go really well together. Ordering a whole outfit from one shop makes it easy to acquire matching tones as retailers tend to buy collections/garments/fabrics from a select few designers & makers. This means the season’s looks go well as the ideas aren’t from a load of different people with different ideas of which purple they should use.
I love skater style skirts because of the ‘fit and flare’ effect it has on my figure. I have a reasonable boyish figure. Even thought my Mumma is pretty bootylicious she gave that to my older sister and left me to look like stumpy tree! So the elasticated waist pulls in my waist to make it appear as flattering as possible, then the voluminous skirt create a wider shape around my hips to make it look like I have some sort of curve! (I would have said ass, but I actually have a substantial one of those from certain angles!) The top is from the teen section in New Look, and is aged 14-15. It’s supposed to be a crop top, but as retailers have an inflated idea of an actually mid-teen’s size it fits me like a normal Tee. Bonus!
I wore the look with a bright green Denim Jacket as I think it works really well against the darker royal purple. Also, I posted about my denim jackets only other week and wanted to switch it up for you. I’m so thoughtful! I chose my bright pink lippy to match my watch.
Whoa! Hold up Guys! BANDWAGON ALERT: I have finally, albeit very behind the bandwagon and more like running miles behind it trying to keep up, learnt how to complete a rolled top bun. I’ve found a few ways of doing it actually but I found the Sock Bun is the easiest for my hair type. There are loads of YouTube vids on it I’m sure, but I could make a post on it. I actually think my head really suits this look and they can look really nice lower down for a wedding guest, or something fun/formal like that.
A couple of weeks ago in Ireland, BBC Radio 1 had their Big Weekend over 3 days with performers such as Bruno Mars, Paramore, The Sats and Row Bow’s fave Conor Maynard. I watched Bruno Mars headline set on the Sunday, not thinking much of it to be honest. But he was totes amaze! I’d kind of gone into that phase where because everyone else raves about him so much I didn’t want to be part of it. But he has so much energy throughout the show and I discovered some new additive additions to my playlist. I don’t think I will every get bored of Natalie and Treasure– his new one- is fabulously funky! I couldn’t help that the leather jacket probably should have been substituted for a lighter weight jacket because he must have been baking like a potato!
Boom Boom Pow! 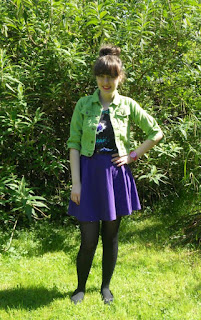 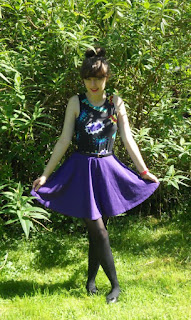 Oodles and Toodles
Row Bow
x
P.S Can we all take a moment to appreciate the injection of cuteness into Hollyoaks in the form of Alfie Browne-Sykes! I wouldn’t suggest a Google search since they aren’t the best piccys. But a Character introduction on YouTube is the place to find him! Or on the TellyBox every day. #scrummy