Hey Guys!
I was lucky enough to attend the inaugral MDX Student Led Teaching Awards back at the end of March and I thought I’d share the momentous occasion with you all. Basically I got invited because of the work I do with the SU. I’m the Fashion Editor of the Uni Newspaper, don’t ya know! When I got there I didn’t know anyone else and couldn’t see my newspaper buds, so I mingled with a group of students who had actually voted for their fave tutor. The thing is I didn’t know this event existed until I got an invite late 3 nights before… Oh well, I made some friendly new buds!

The attire was instructed to be Smart. I wasn’t too sure what the night was going to be like and I’m usually guilty of over dressing usually so I kept my look tame. Only when I got there girls were in elegant ball gowns and the guys were wearing tuxes. I felt the complete opposite, totally underdressed, there in my leggings. Next time I’ll be more aware that Smart really does mean Smart and that means its totally cool for Row to over dress. Ah well, I managed to look smart but chilled too.

The top is a long sleeved, thin chiffon, star print top. The style reminds me of the Gypsy Style shirts, meaning that the fabric has a lot more fluidity to it and the sleeves are baggy but the elasticated hems gives the top a bit out bounce. An all black look is usually quite slick, but I think it would have looked very heavy on me. The transparency of the top and pale cut on the boots breaks the outfit up more. Then the addition of the wide chunky necklace, which mimics the wide neck line, adds a little sparkle into my ensemble. The only addition of colour was my favourite BarryM bright pink Lipstick, which I believe to be number 145. But the number has worn away!

Oh dear, alcohol always goes stright to my face! My cheeks begin to glow a bright red and my smile becomes uncontrolably big. But it’s ok becasue my new best friend, who I sat next to, was in a similar state as myself after a glass. 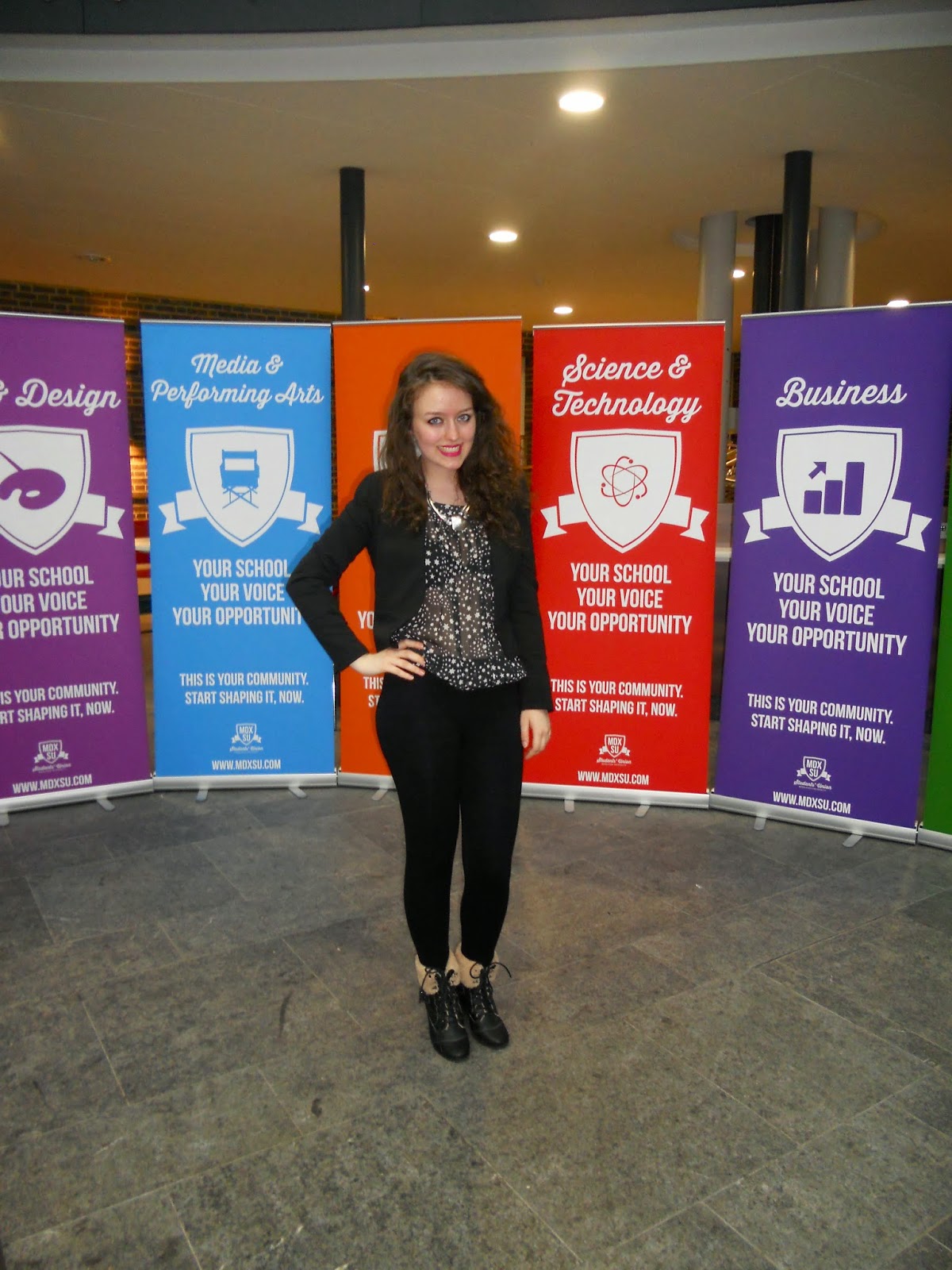 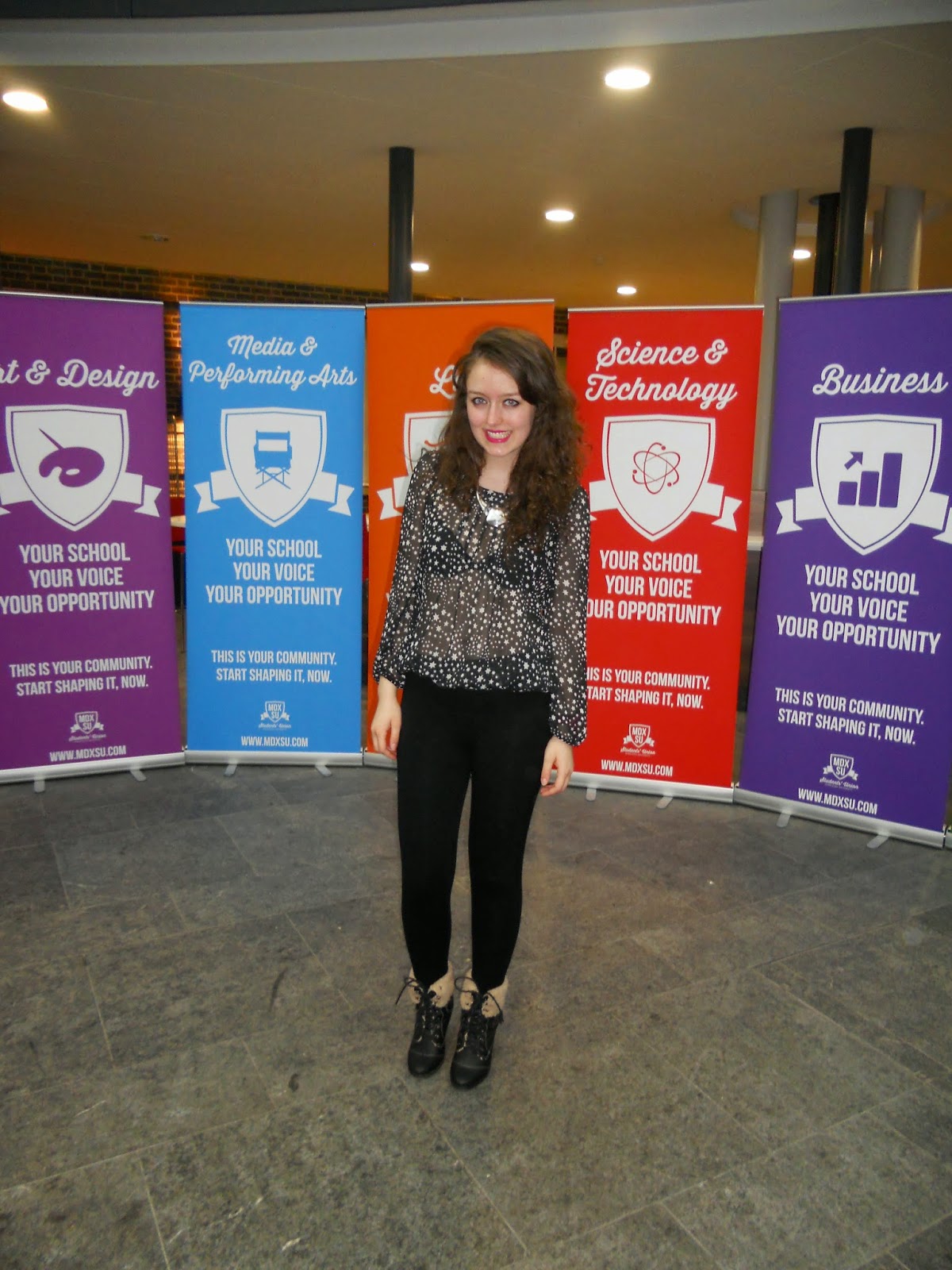 Upon flicking though VEVO I stumbled upon a band I’ve never heard of, Chasing Grace. They have a familiar folk sound to the, by familiar I mean it wouldn’t sound too out of place in the charts I think. I should probably do a bit more research on the band themselves, but their songs Run and Free satisfy me for now. They very slightly remind me of the Matilda film soundtrack. But like only tiny segments. The rest of the songs have kind of eerie vocal on them combined with a strong drum rhythm.